Step by step to Karnataka | 12 days 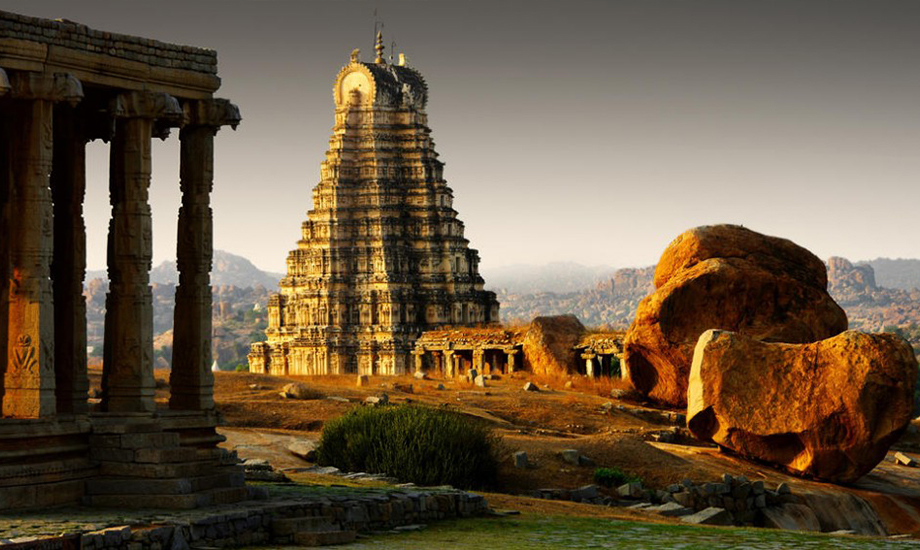 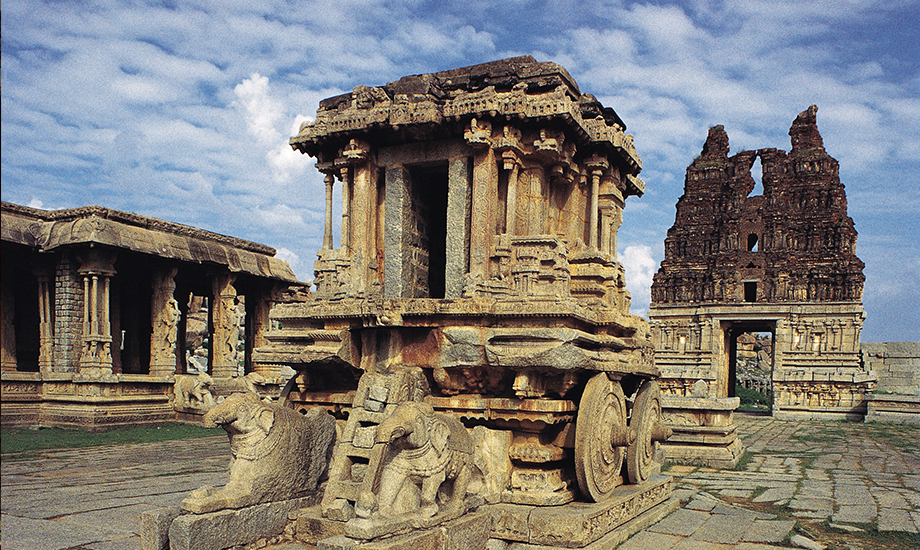 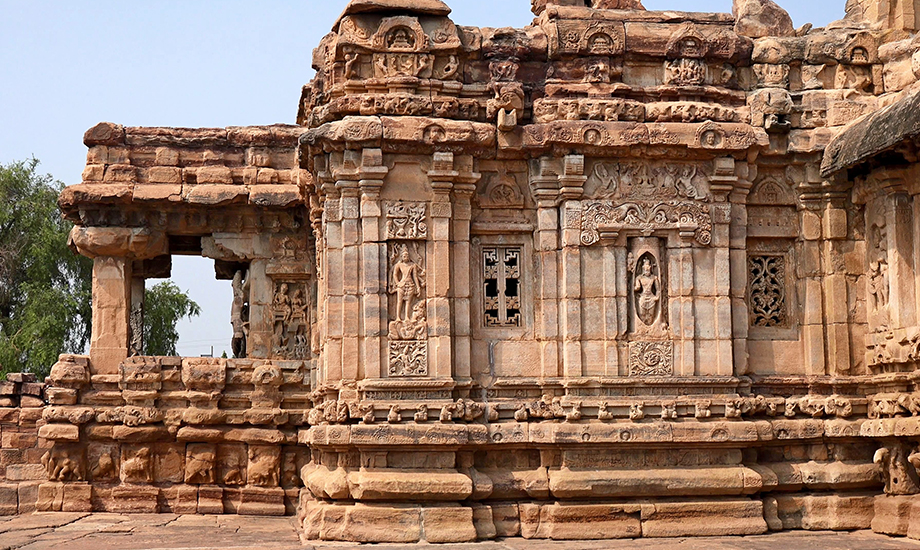 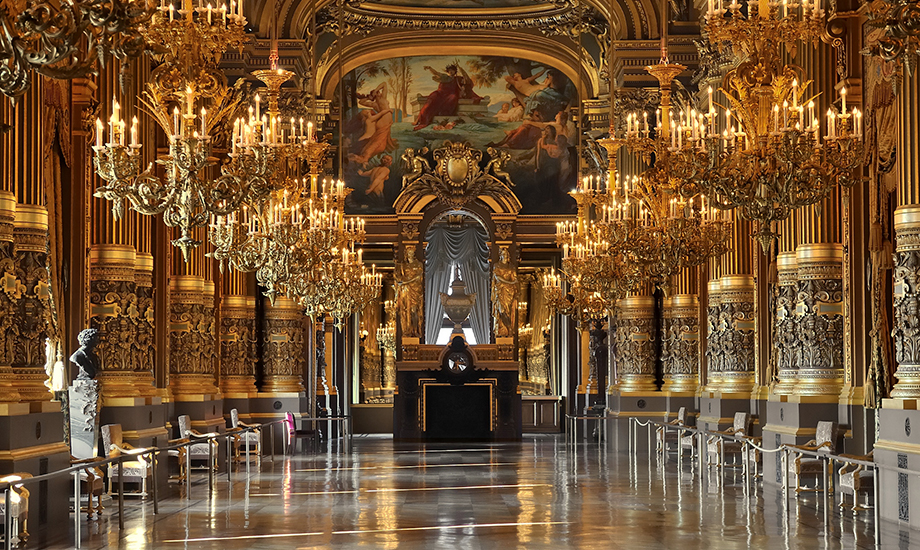 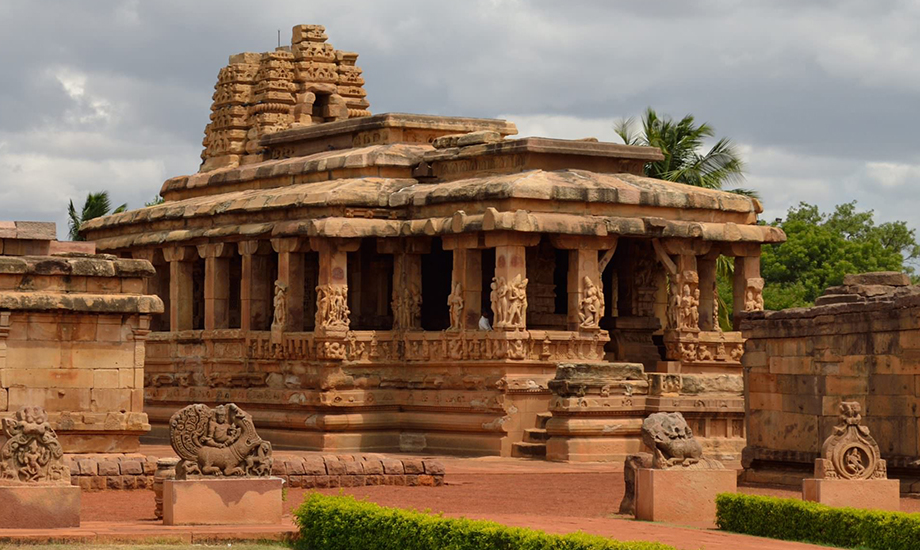 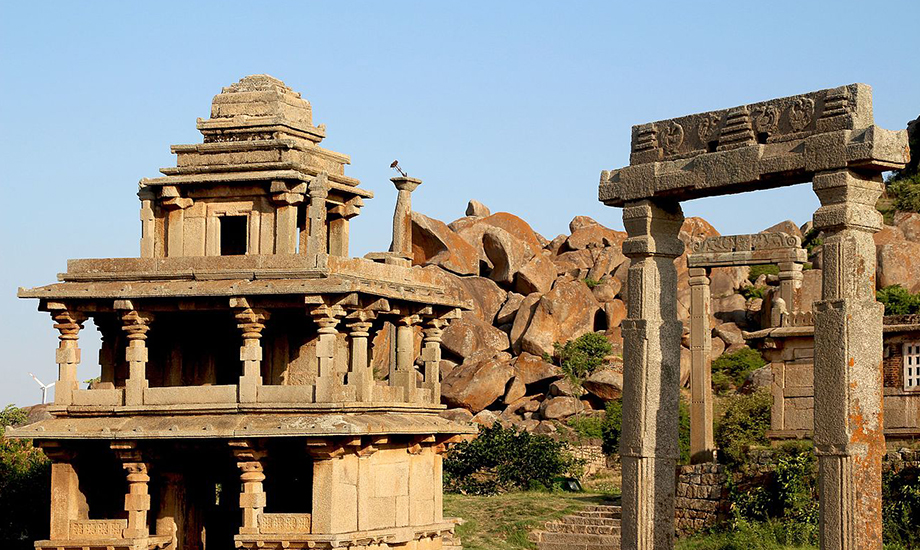 Out of the four great states of South India, Karnataka is not the most visited, but connoisseurs know that it deserves a trip all by itself. The ancient princely state of Mysore is as great as a third of France. It is rich of an ancient culture which makes it one of the most endearing provinces of the south. But above all, in the heart of the plateau, planted with great rocks, fortresses and temples, it shelters, near the village of Hampi, the extraordinary capital of the last Hindu empire, Vijayanagar.

Arrive in Bangalore, one of the most beautiful and well-planned cities of India. Welcome by our representative and transfer to hotel. Overnight stay.

Morning enjoy a city tour of the "Garden City;" including a visit to Lal Bagh Botanical Gardens, the Mysore Arts and Crafts Center, the bull temple, Vidhan Soudha and the colorful and bustling markets. Afternoon drive to Mysore en route at the exit of Bangalore, the rocks of Ramanagaram served as setting for the film of David Lean. Upon arrival check in hotel overnight stay.

Mysore which has retained a provincial charm and the perfume of the time when the maharajas reigned is undoubtedly one of the most charming cities of India. Visit the Maharaja Palace, the astonishing suite of baroque rooms and rooms and the fabulous public hearing room which opens onto a huge esplanade where the crowds gathered during the Dasara celebrations. Do not miss the charming Devaraja Market, the fruit and vegetable market.

On the hill of Chamundi Hill, at 1,065 meters stands the temple of Chamundeshwari, dating more than 1500 years. The pilgrims must climb the 1000 steps on foot to reach the temple. Half way you will see the statue of Nandi, the bull of Shiva, carved in a single block of granite 5 meters high.Also visit the colorful and aromatic spice markets

In the morning visit the temple of Somnathpur. 40 km east of Mysore, Somnathpur is a small village by the road, famous for its 13th century temple. In 1268, an officer of the Hoysala kings built there the temple of Kesava, dedicated to Vishnu. The particular interest of Somnathpur is that one sees in it an integrally preserved temple, with its roof, while it lacks to Halebid and Belur. The temple is built in the shape of a star with 16 branches, around three sanctuaries, each surmounted by a vimana. Splendid friezes run throughout the building, depicting episodes of the Mahabharata and the Ramayana.

Afternoon visit Srirangapatna on this island surrounded by the Kaveri, which precipitates its tumultuous stream in the midst of the rocks, Haider Ali built important fortifications, which made it all round. Several times besieged, the fortress was finally taken by the English troops in 1799. Tippu Sultan was killed there during the assault. The place where his body was discovered is marked by a stele. Outside the compound is the pretty summer palace of Tippu Sultan, surrounded by a garden, the Daria Daulat Bagh. It is built in the Indo-Saracen style of the 17th century. Overnight stay in Mysore.

After breakfast drive to Chikmagalur en route visit a high place of Jainism, the hill of Sravanabelagola - 57ft (17.5 meters) tall sculpted in a single block of stone, represents the hermit, completely naked, as the Jain tradition wants. It can be seen from the plain, 30 km away this is magnificent Monolithic and the statue of Gomteshwara, of   an icon of the Jain religion greatly revered by the followers of Mahavira.

The most important jain sanctuary in the south. In 968, the sculptor Aristameni built on the hill of Indragiri a colossal statue of the hermit Gomteshwara, today one of the most famous places of pilgrimage among the jains. To reach the sanctuary that surrounds the statue's feet, you have to climb a staircase of nearly 600 steps. Every twelve years, the statue is anointed with milk and ghee, coconut milk, fruits, almonds, at a grand ceremony, the Mahamastakabisheka, attended by thousands of faithful. Overnight stay.

The small town of Chikmagalur is an excellent starting point for exploring the temples of Halebid and Belurwhich 34 kms from Chikmagalur, were erected by the Hoysala kings in the 11th and 12th centuries. These temples are remarkable, not only for their architecture, but especially for the marvelous sculptures that adorn them. In Belur, the temple of Chennakeshava was decorated by the Hoysala artists with admirable sculptures

Belur - This quaint hamlets is 30 kms from Hassan-is located on the bank of the river Yagachi. It was once the capital of Hoysala Empire, Today unforgettable for its exquisite temples.

Halebid - is 27 kms north-west of Hassan and 17 kms east of Belur. The temples of Halebid – like those of Belur – bear mute testimony to the rich, culture heritage of Karnataka All around the temple of Hoysaleswara at Halebid is loaded with fantastic friezes depicting armed men, war elephants, horsemen, illustrating episodes of the Ramayana and Mahabharata. Carved panels depict gods and goddesses with extraordinary detail. The landscape surrounding the temple is very beautiful and soothing. To the west there is a small lake in which the sun sets. Overnight at Chikmagalur

After breakfast drive to Hampi through the plateau of Karnataka. On the way, you can visit the Chitradurga fort. Overnight stay

Today take round the village of Hampi, on the right bank of the Tungabhadra, that the grandiose ruins of Vijayanagar, the city of victory, the ancient capital of the Karnataka empire, spread out over an immense space mineral, granite hills, chaotic piles of rocks.

Long forgotten it is without doubt the most spectacular site of Karnataka. It is a UNESCO World Heritage Site. Vijayanagar was founded in 1336 and for two centuries the last Hindu empire spread its splendor. A Persian ambassador who visited it in the fifteenth century wrote, "This city is unlike any other and I know of no place that can equal it in the whole world"

On the heights which dominate the course of the Tungabhadra stretched the royal city the citadel. Most of its monuments were built during the reign of Krishna Deva Raya, who in the sixteenth century marked the zenith of the empire: the Zenana and the Lotus Palace, the hall of the Imperial Council, the grandeur and power of Vijayanagar, the eleven elephant stables surmounted by a dome. Overnight stay

Down below, not far from the river lies the sacred city: In the center of the city, the temple of Virupaksha stands at the end of the bazaar. It is remarkable for the importance of its gopuram and the number of its Mandapas, characteristic feature of the Vijayanagar architecture. Paes, a Portuguese merchant, who stayed in the capital about 1520, described the temple illuminated every night by two to three thousand oil lamps.

Now empty of all construction, the bazaar is a majestic artery which, from the temple of Virupaksha, goes east. It was the center of the economic and commercial life of the capital that reminds one of the Agora of ancient Athens. Going up the course of the Tungabhadra, which winds its way through enormous rocks, one arrives at the temple of Vitthala, the most beautiful religious building in Hampi, one of the oldest in Vijayanagar, built around 1440. In front of temple stands a wonderful little stone chariot whose wheels could turn on their axis. Overnight stay

After breakfast drive to Badami which was the capital of the powerful kingdom of Chalukya. Badamiis a small town, and two villages, Aihole and Pattadakal, where the capital of the Chalukyas stretched out in the sixth century. Buddhist monk Yuan Chwang, who visited the kingdom around 641, when he reached the peak of his glory in the reign of Pulakesin II, described the prosperity of cities, the strength of the armies with his hundreds of fighting elephants, and the splendor of its monuments. The decor of Badami is splendid. later you can see the hills which rise and bar the horizon of the plain. The city is nestled on the edge of an artificial lake dominated by two rocky spurs where the Chalukyas had established their fortress.
To the south, one can climb to the top of the fort by a staircase whose steps are nearly a meter high. The acoustics are so good that one can hear the sound of the washerwomen who strike the linen on the Dhobi Ghat, by the lake. On the northern hill stands the temple of Malegetti Shivalaya, dating from the 7th century. In the southern hill there are four sculptured caves whose beauty rivals the most famous cave temples of Mahabalipuram. Overnight stay

Morning visit to Indian architecture, Aihole's - One can see an extraordinary collection of 70 temples, one of the oldest temples of Gaudar, probably dating from the beginning of the 5th century, seems to be the stone copy of a wooden building. The temple of Ladkhan dates perhaps from 450 and already presents the classic features of the Hindu temple: a small porch precedes the mandaps which is here square, and the sanctuary. It is a very low building that seems to rise from the ground. It is covered with a roof that still evokes the rustic dwellings.

Having made their kingdom one of the most powerful in the South, the Chalukya decided at the beginning of the eighth century to build in Pattadakal a city worthy of their glory. Today it is a small village on the banks of the Malaprabha river. The masterpiece of Pattadakal is the temple of Virupaksha dedicated to Shiva, built around 740. Its sanctuary is crowned by a splendid three-storey vimana. Afternoon drive to Hubli, Overnight stay