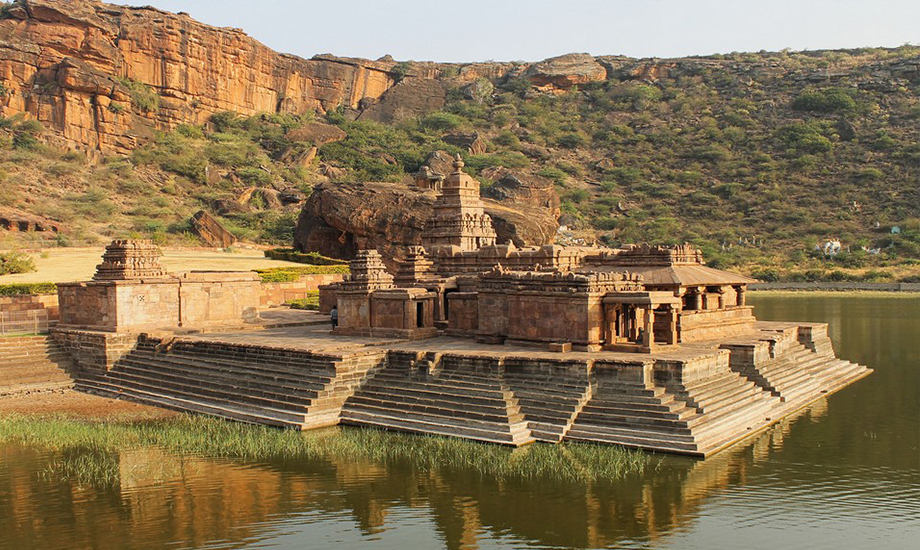 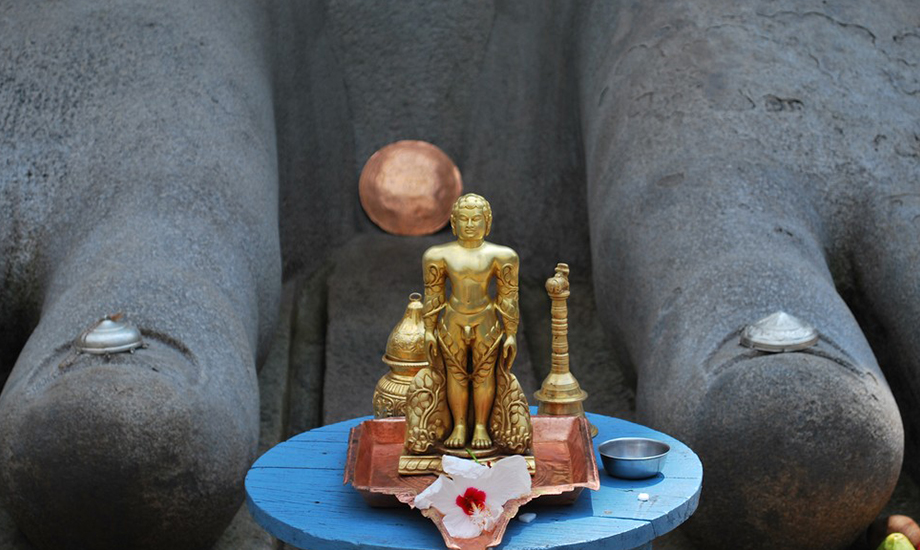 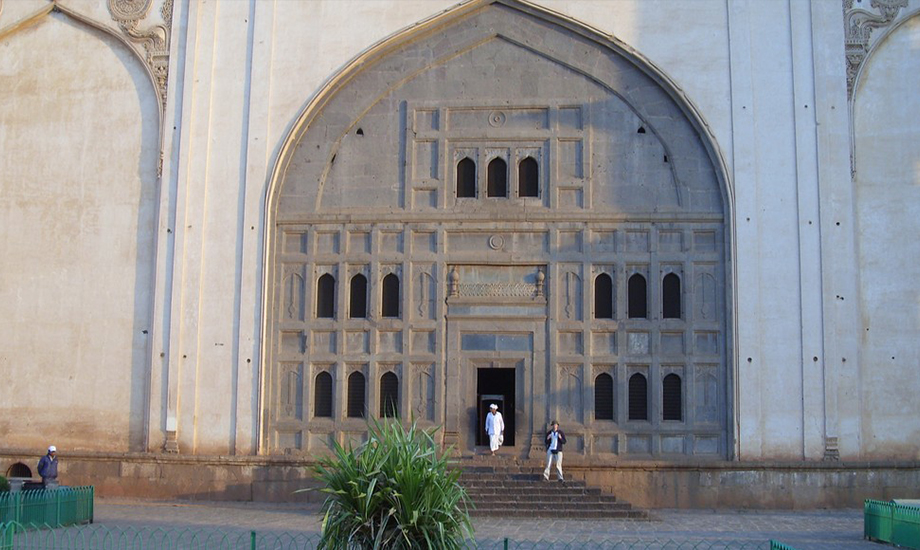 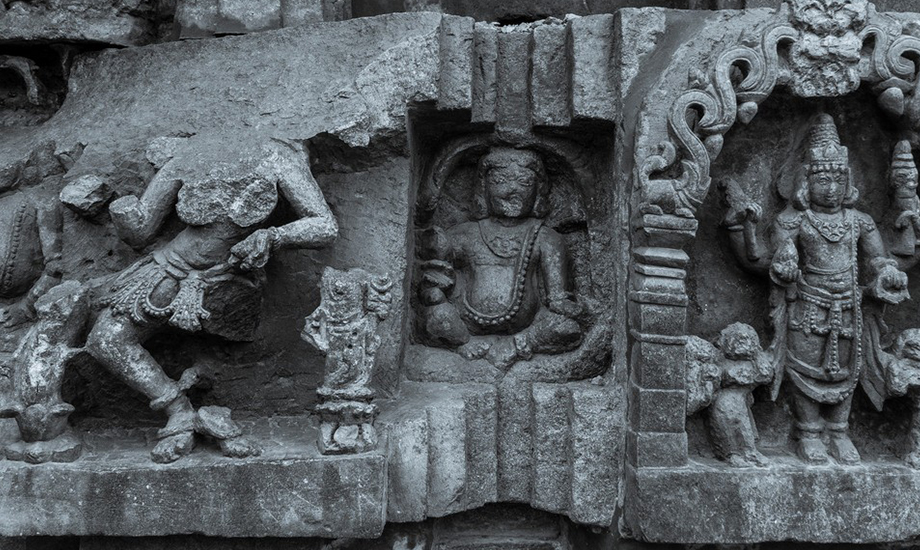 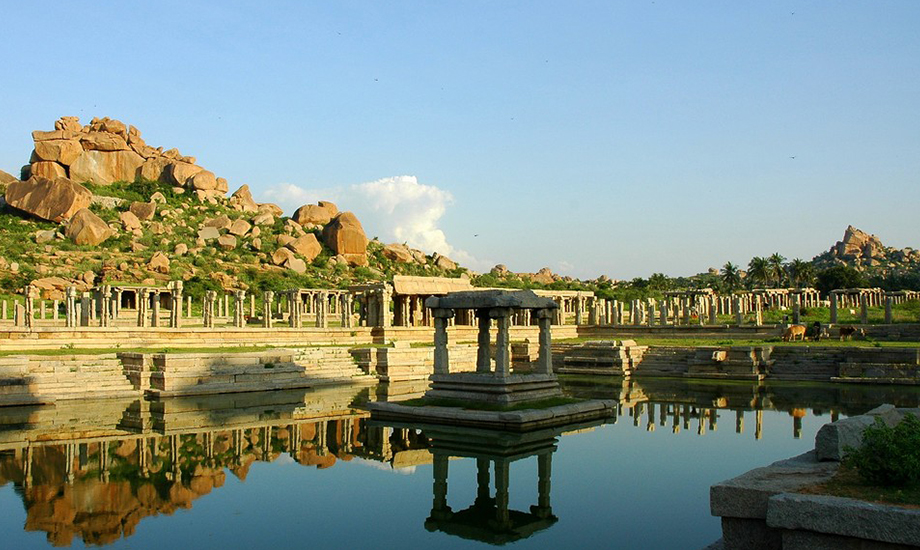 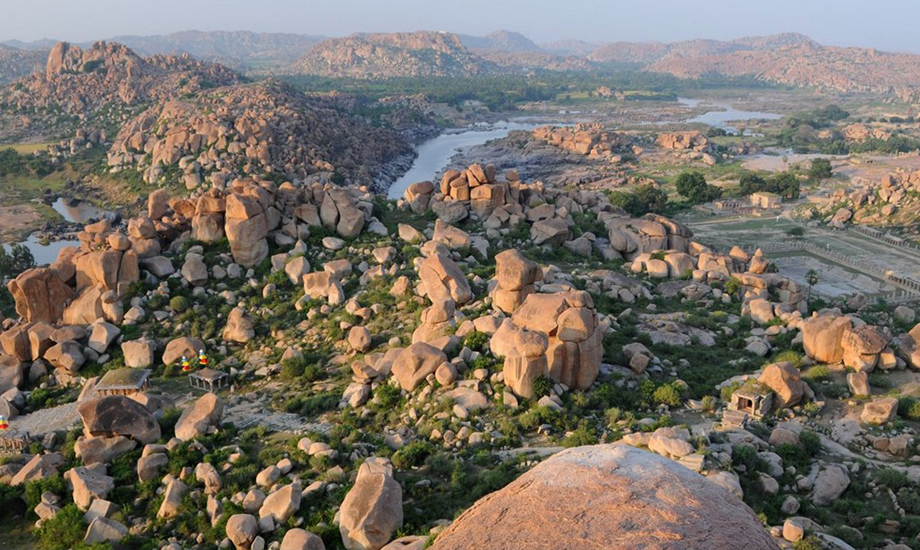 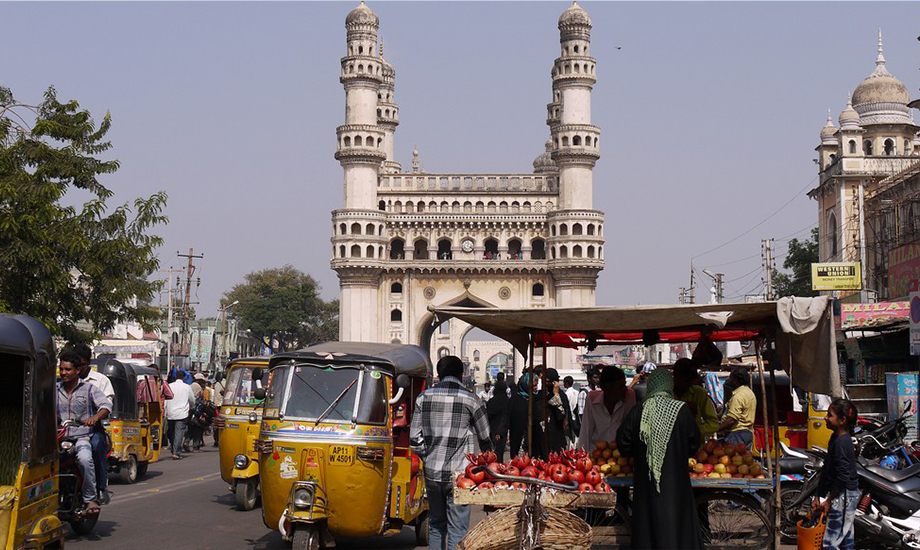 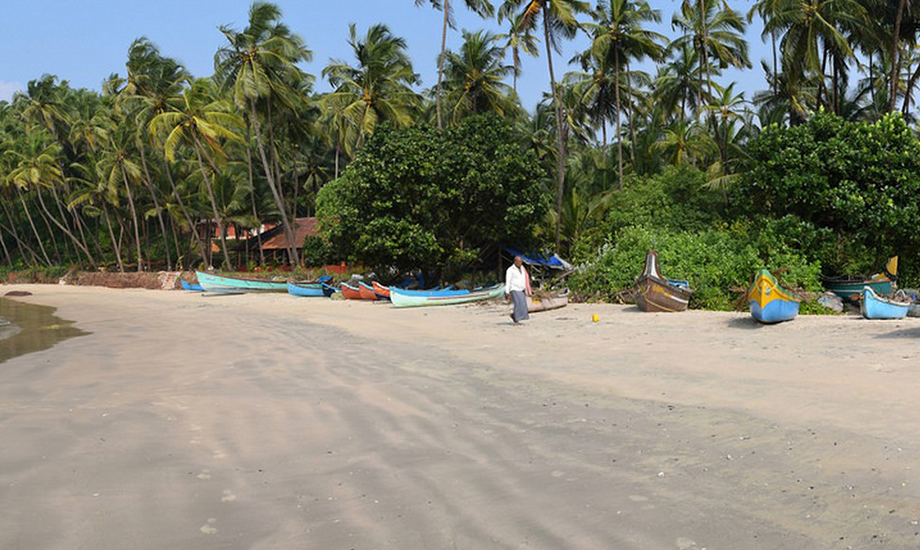 This trip to Karnataka certainly crosses the most beautiful regions of southern India.
From Hyderabad, you will discover the Karnataka of the Sultans where monumental tombs testify to a sumptuous era. You will climb to the plateau of the Deccan to reach the splendid caves of Badami and the city of Hampi, nestled in an extraordinary rocky landscape. You will then reach the Palace of Mysore before ending your stay on the wild beaches of northern Kerala or you can attend the sacred rituals of Theyyam.

Arrive Hyderabad city escorted transfer to hotel. Hyderabad – often called the gateway to the South Indian identities. Hyderabad is a picturesque town and town of NIZAM, located on the border between India from the north and India from the south. Yet, from both it has developed a distinct personality of its own. Overnight stay

After breakfast drive to Departure for Bidar. This old city rarely appears on the classic tourist circuits. It still contains ruins and monuments dating back to the time when it was the capital of the Bahmani kingdom. Visit the Bidar Fort is an exemplary symbol of the Bahmani Dynasty built by Sultan Alla-Ud Din Bahman, Constructed in perisian architectural style, the fort complex houses an old city comprising of plethora of monuments including Rangin Mahal, Gagan Mahal, Takhat Mahal etc.

Also visit Narasimha Jhira Cave Temple -A famous cave temple popularly referred to as Jharani Narasimha Cave Temple is dedicated to self-manifested deity of Narasimha Dev. To worship the deity of the temple, devotees have to pass through the cave which comprise of a continuously flowing stream of water.The town is known for the handicrafts of the bidri, alloy inlaid with silver threads. Overnight stay

After breakfast drive to Bijapur en route visit to Gulbarga – a Hindu city before the Muhammadan conquest, Gulbarga is a unique synthesis of two cultures. Afternoon start your tour in Gulbarga with the Fort built by Raja Gulchand and later strengthened by Ala – ud – din Bahmani, the fort has 15 towers and 26 guns, one of them measuring 25 feet in length. Inside the fort is the Jama Masjid fashioned on the lines of the great mosque of royal tombs. The most important monument in Gulbarga is probably the Khawaja Bande Nawaz Dargah. The tomb of the great Sufi Saint, KhwajasyedmohammadGesuyDaraz. This magnificent building in the Indo-Saracenic style is the venue of an annual urus, attended by nearly one hundred thousand people, both Muslims and Hindus. Our drive continued to Bijapur take 4 hrs. Overnight stay

After breakfast visit to Bijapur and the first thing that comes to mind is the Gol Gumbaz the tomb of Mohammed Adil Shah. Gol Gumbaz boasts of the second largest dome in the world. 44 meters in diameter, this dome forms a highly sensitive echo chamber. On the western outskirts of the city lies the mausoleum of Ibrahim Adil Shah II – Ibrahim Roza, said to have inspired the Taj Mahal in Agra. Embracing 1, 16,300 square feet is the Jama Masjid – one of the finest mosques in India. Here in a beautiful mihrab – covered by a heavy curtain are verses of the Quran, beautifully inscribed in letters of gold. Malik-e-Maidanthe largest medieval cannon in the world – is fourteen feet long, weighing about 55 tons. Afzal Khan’s Cenotaph, the Amin Durgah, and TheJod Gumbaz. Overnight stay

After breakfast departure for Badami, a small town built at the foot of a crest of red sandstone. It was the ancient capital of the Chaluya Empire, from the 4th to the 7th century. At its peak, the territory was so vast that it extended from Tamil Nadu to Karnataka, all around Badami; the three main centers alone had 150 temples. The town is known for its famous rock temples, cut in the red rock from which you will have a view of the d 'Agastyatirtha basin, dating from the V Century.Walk in the old town of Badami, with old houses and wooden carved doors and discover the temples of Bhutanatha, built opposite the basin. Overnight stay

After breakfast discover Badami, Visit the 4 caves of which the oldest one, built in the 6th century is dedicated to SHIVA. You will admire the 81 dance postures to the right of the entrance. Discovery of the ruins of the old fort that dominated the city, they offer superb views.Visit of the temple of MAHAKUTA, which is an important place of pilgrimage, because the sage AGASTYA lived there.

After breakfast departure to Hampi En route visit to nearly Pattadakal – a world heritage center, it has 10 major temples representing early chaluyan architecture, where coronations took place and where most of the temples were built between the 7th and 9th centuries. The Virupaksha, Mallikarjuna and join Temples are quite marvelous to behold included is a visit to Aihole where the Hindu temples architecture can be seen in its embryonic stage –50 temples within the fort wall and 50 outside. Overnight stay in Hospet.

After breakfast today explore the spectacular Vijaynagar ruins in the afternoon a visit to Hampi itself only 13 km away and one of the most fascinating historical sites in south India. The superb ruins are set in a strong and beautiful boulder-strewn landscape, which has an almost magical quality. One can still glimpse the splendor of Vijaynagar in its ruins where Hospet’s Virupaksha templerises majestically. The most splendid monuments of Hampi is, undoubtedly the Vithala temple complex memories of Hampi will stay with you always.

After breakfast drive to Mysore en route visit to Belur and Halebid. Belur - This quaint hamlets is 30 kms from Hassan-is located on the bank of the river Yagachi. It was once the capital of Hoysala Empire, Today unforgettable for its exquisite temples.  Halebid is 27 kms north-west of Hassan and 17 kms east of Belur. The temples of Halebid - like those of Belur - bear mute testimony to the rich, culture heritage of Karnataka, which dates back to 13th century during Hoysala Dynasty, and Hoysaleswara Temple at Halebid. Our drive continued to Mysore

Mysore is known for her silks but also for her incense. You will see many handcrafted factories where the incense is rolled by hand. Its name comes from the holy place of Mahisuru, where the goddess, Chamundi, killed Mahishasura: the dragon.Visit the richly decorated palace that overlooks the city. It was rebuilt in 1912 after being almost completely destroyed by the fire of 1897. (If that day is a Sunday, we advise you to go see the illuminations at night).Stroll in the Devaraja Market, the flower market. Overnight stay

After breakfast departure for the hill of Chamundiat 1062 meters which overlooks Mysore. To reach the temple of Chamundeshwari, the pilgrims must climb 1000 steps. But there is now a road leading to the temple. The temple is dominated by a magnificent Gopuram of 7 floors, 40 meters high.

After visiting the temple, you will make a stop to see one of the largest Nandi (the bull of SHIVA). It was carved from an enormous block of granite 5 meters high in 1659.

In the afternoon visit of Srirangapatnam and the ruins of the ancient capital of Hyder Ali and Sultan Tippu, Return to Mysore and walk in the city market, one of the richest and most colorful of the country.Overnight stay.

After breakfast departure to Wayanad en route visit of Somnathpur and Keshava temple, built in 1268, in the form of star and whose walls are covered with splendid sculptures. Return to the Kerala mountains, in the heart of the beautiful Wayanad National Parkand are some of the oldest tribes, as yet untouched by civilization. Wayanad is known for its picturesque mist clad hill stations, sprawling spice plantations, luxuriant forests and rich cultural traditions. Check-in at the hotel in the heart of the forest, Afternoon take a short excursion to Sultan Battery passing through thick forest of rubber, tea, oranges, coffee estate& other cash crops. Sultan Battahry name was derived by Tipu Sultan, who built a fort here. Later visit the Tipu Sultan Fort, Jain Temples and Banasura Sagar Dam This is the largest earth dam in India After sightseeing drive back to Wayanad overnight at the hotel

After breakfast drive to Kannur district is bounded by a wealth of natural beauty. The district itself, which shares much of this natural Splendour, has been a key contributor to the cultural, religious, political and industrial heritage of the State. In addition, Kannur also enjoys the credit of having been the cradle of many a colorful folk art and folk music of Kerala.

Today is free day to explore and enjoy this little paradise on the coast Malabar.