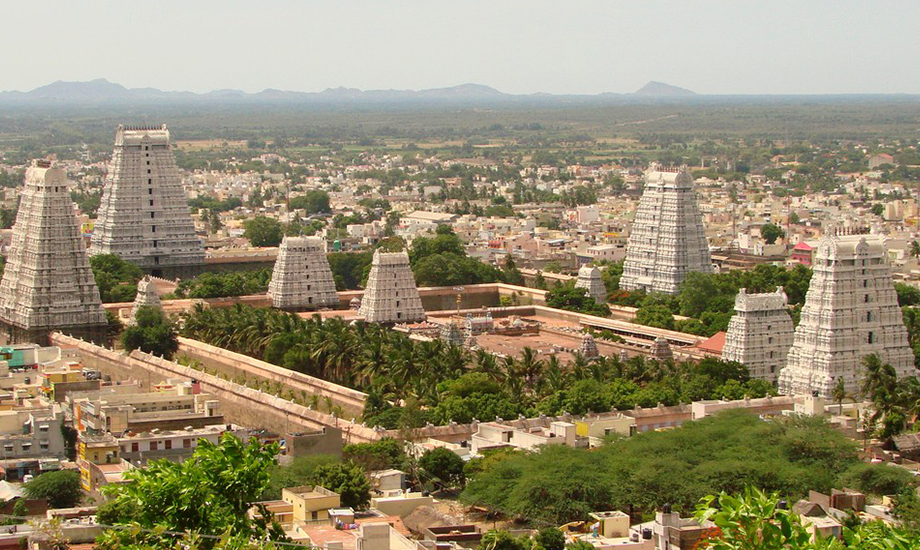 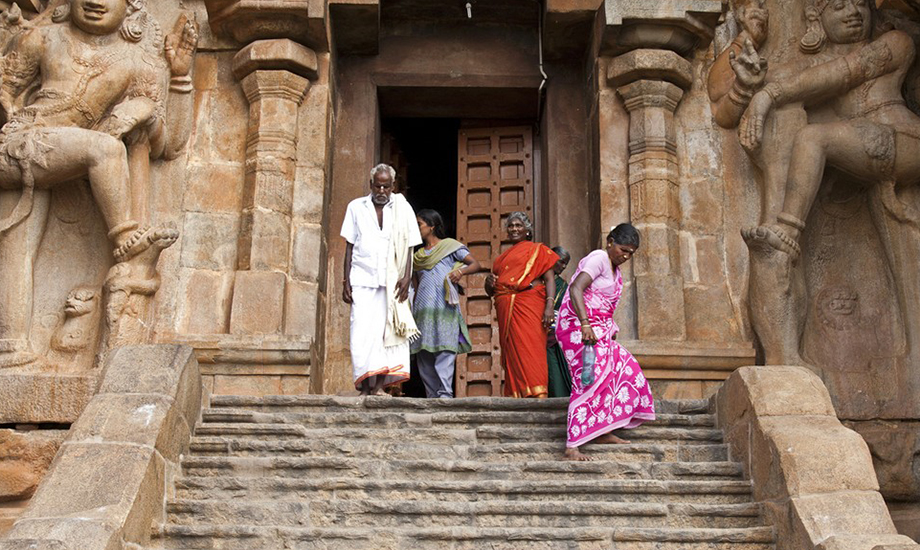 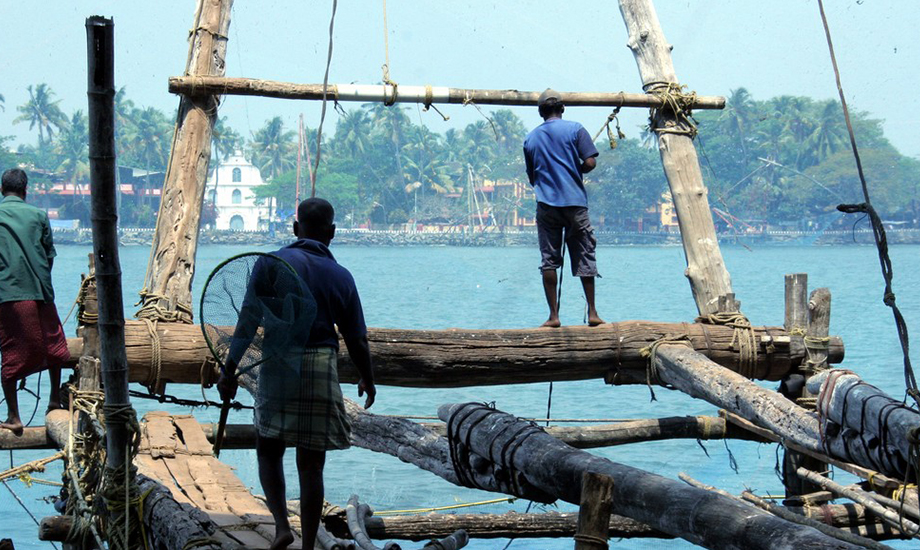 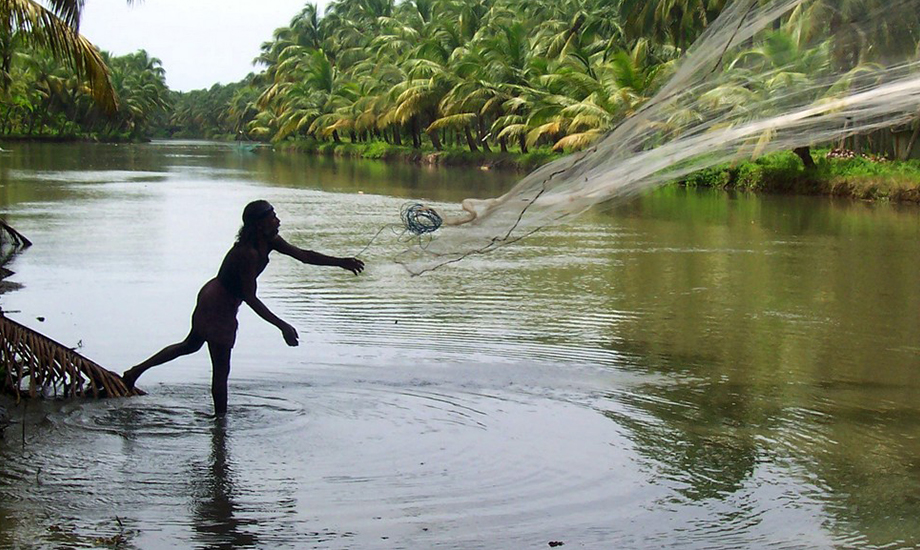 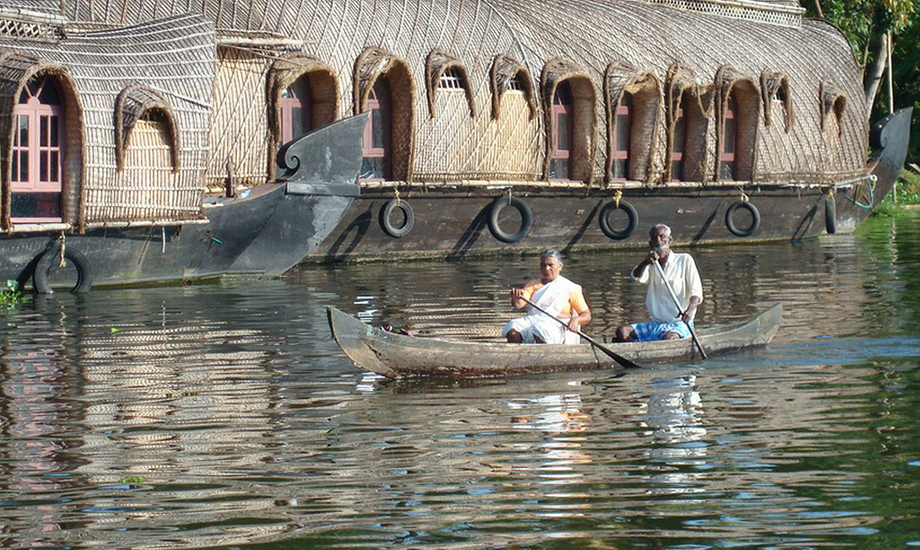 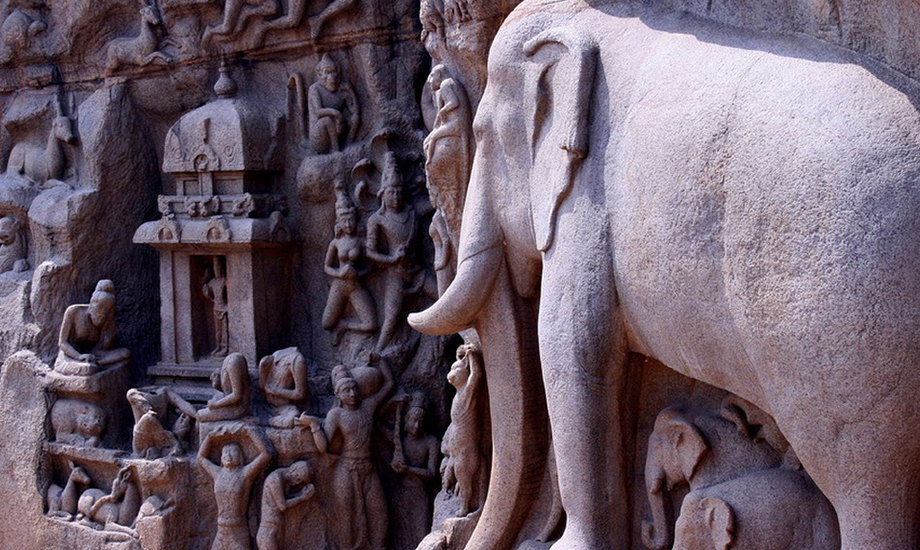 Discover the southern tip of the Indian Peninsula, one of the World Heritage Sites by UNESCO on the shores of Mahabalipuram, the colonial city of Pondicherry, Shiva sanctuaries, the great temple of Madurai, the backwaters of Kerala and Cochin, another ancient colonial city.

Today Arrive Chennai (formerly Madras) The Capital of Tamil Nadu. You are greeted &transfer to little Sea Side town of Mamallapuram(Mahabalipuram),known for its UNESCO-listed templessituated on the East Coast of Tamil Nadu has pris time beaches, spanning 20 kms, bright Sun & Crisp Sand, Wrapping up untold tales of the 7th Century. Here time stands still; and presents meet the past. A serene town nested amidst the historical stone sculptures and medieval architecture, that stands witness to the rich heritage – Mahabalipuram.. Your home for 2 night’s Overnight stay at Mahabalipuram

Morning visit to Shore Temple: The most renowned landmark of Mamallapuram is the Shore Temple. Standing alone on the shore, this temple is protected by a wall constructed to minimize erosion. It is believed that at one point in time there were seven such temples, six of them were victims to the natural elements of erosion.

Arjuna's Penance: This quaint little town of Mamallapuram in enriched with ancient with ancient and splendid sculptures. Each of the beautiful works of art has a story to tell. Like the large 27 m by 9 m bas-relief that narrates the tale of Arjuna's Penance. Arjuna here is shown standing on one leg to please Lord Shiva into helping him winback the Pandeva Empire. A fascinating combination of humans, animals and celestial beings seem to be rushing to the revered scene. Most prominent among them is a 4.8 m majestic elephant leading a procession. Also known as the Descent of the Ganga, this impressive canvas portrays the life giving River Ganges flowing out from its high source in the Himalayas. Enchanting stories from the Panchatantra are also a part of this magnificent bas-relief
In the afternoon departures to Kanchipuram the “City of seven Pagodas” where we see outcroppings of rock that have been delicately carved into temples and life-sized replicas of elephants, lions and bulls. The carved Penance of Bhaghirata here is the largest bas-relief in the world
Discover Trukkalikundram hill "hill of the sacred eagles", important center of popular pilgrimage where a 16th century temple is also dedicated to SHIVA of which the panorama is exceptional.Then visit the Ekambareswaram temple dedicated to SHIVA, a masterpiece of Dravidian architecture. Later back to Mahabalipuram for overnight stay

After breakfast departure for Tiruvannamalai, a small town built at the foot of the sacred mountain Arunachala. This vibrant city is an important Shaivite center and has more than 100 temples. Beginning of the visit of the city and the temple Arunachaleswar, "ARUNA the immutable" dedicated to SHIVA-PAVARTI, one of the biggest temples of India (Open from 6h to 13h and from 17h30 to 22h).This Hindu pilgrimage site contains four magnificent Gopuram built at the four cardinal points, spanning more than 10 hectares. The main, composed of thirteen levels, is more than 66 meters high.

Later in the afternoon departure for Pondicherry,his former small fishing village "poudouchery" was bought in January 1673 by the company of the Indies, Discovery of the white city with colonial charm, rebuilt in the eighteenth century, formerly occupied by the French. At presents an unusual combination of European culture & Indian traditions. An added attraction fair is the township of Auroville, an Oasis of Peace & Enlighten. Another hallowed spotted Aurobindo Ashram which drowse devotees from all over the world, visit the Sri Aurobindo AshramOvernight stay

After breakfast visit to Auroville - the ‘City of Dawn’ - was conceived as a place of research into the ideal of human unity by the Mother, the spiritual collaborator of Sri Aurobindo. The idea is to build a futuristic city where people of goodwill can live together in peace and progressive harmony, above all creeds, all politics and all nationalities. Auroville came into existence in 1968. Its Charter says, “To live in Auroville one must be a willing servitor of the Divine Consciousness”, and describes it as “belonging to nobody in particular, but to humanity as a whole”; as a place “of constant progress”; and as “a bridge between the past and the future.” Overnight stay Pondichery

After breakfast departure by road through the delta of the Kaveri to Chidambaram, You will discover the magnificent sanctuary dedicated to Shiva Nataraja, the God of dance. True religious city, it covers 13 hectares, has four Gopuram and a remarkable basin. Then, departure to Kumbakonam and visit the city, its 18 temples dedicated to Shiva or Vishnu, filled with several richly colored Gopuram. Visit the Sarangapani temple, the largest, dedicated to Vishnu, dating from the 12th century, in the shape of a trolley, with a portal 50 meters high. Visit to the biggest Kumbeswarar temple, dedicated to Shiva in which one penetrates by a huge Gopuram with 9 levels. In the temple you will see a lingam that would have been modeled by Shiva with sand and nectar of immortality.

Visit of the Nageshwara temple, Chola temple of the 12th century, then the basin of Mahamakhan. Our drive continued to Tanjore, musical capital and rice granary of India, one of the biggest religious centers of India of the south. It was once the capital of the Chola, the most brilliant kingdom of this region. Overnight stay in Tanjore

After breakfast   visit the 9th century Chola Temple of Brahadeshwarar TempleAn UNESCO World Heritage Site in Thanjavur later drive to Kumbakonam 34 kms from Thanjavur Kumbakonam is located among the two rivers Cavery & Arasalar. The town is famous for brass, vessels, bettel leaves. It is primarily a market town for the predominately agriculture based villages surroundings.Explore the unique village of Kumbakonam you will visit the UNESCO monument at Darasuram, the famous Iravadeeswar Temple, the handicraft making units etc.You may go for a bullock cart ride through the village which will be an amazing experience. Overnight at your hotel

After breakfast drive to Madurai en route visit to Trichy was a Chola Citadel during the Sangam age & was also briefly ruled by the Pallavas & the Pandyas. Visit to Rock Fort the 83-meter high rock fort is in the center of the Trichy. Its 344 rock-cuts steps take one to the Uchipillayar temple dedicated to Lord Vinayaka. Half way up is the temple of Lord Shiva dedicated to Thayumanaswami Jambukeshwara Temple here has Shiva lingam almost submerged in water. Later drive to Nectar City of Madurai depended on schedules it is possible to buy bracelets, spices or saris in the bazaar. Overnight stay

After breakfast visitto Nectar City of Madurai – Meenakshi temple, where you can visit Dravidian Temple architecture may be seen in its exuberant baroque phase. Its hall of thousand pillars is fabulous & is filled with worshippers at all hours of the day, another terrific photographic opportunity. Also visit the Tirumal Nayak’s Palace, which is in a highly decorative monument. Its enormous roofed arcade supported by 48 - foot high stone pillar, still stands. Overnight stay

Drive to a tranquil hill retreat, the Spicy Village. Along the way we pass through Tea, Cinnamon, Clove& Cardamom plantations –beautiful to see & smell! Our hotel is set in a Spicy Garden & has been molded after the Tribal dwellings of the area; each Cottage has thatched roof & a deep, Airy Verandah

This evening we visit the nearby Periyar Game Sanctuary; Game viewing here is like no other Safari experience. We simply relax in a Motor Launch& sail along as heard of Elephant & Bison come into view. During the dry season Tigers & Panthers come down to the Lake shore for a drink – be sure to have plenty of film on hand. Overnight stay

Breakfast at hotel, morning is free later drive to Kumarakom set in the heart of the Backwaters, in a beautiful area where the sea and the land seem to intertwine. They are made up of lagoons, canals, islands and numerous villages.

After breakfast board the Kettuvalam - An Authentic Kerala Houseboat - the moving master piece, have been plying the inland waterways of southwest India for untold centuries and originally used as cargo rice boats. The fully furnished and palm covered boats (single & double) bedrooms with attached bath, sit out, kitchen and living room made of traditional wood. In each houseboat, Traditional vegetarian and non-vegetarian Kerala cuisines are served. A journey through the backwaters of Kerala which offer one of the world’s truly unforgettable experiences, myriad network of silent lagoons, freshwater river, and hyacinth covered canals that wind their way through colorful corridors of forests, palms and fruit trees. A canoe expedition via an intricate network of canals, through backwater villages where daily continues unaltered, as it has for centuries. You will see lush palm groves and stretches of rice fields. Overnight stay in air condition house boat

Breakfast on board. Later drive to Cochin– Capital oasis state of Kerala & on to the Malabar Coats & Kochi, one of the India’s most colorful cities, the Dutch palace built by the Portuguese in 1557 and renovated by the Dutch from 1663 with its beautiful murals and Jew town including the antique warehouses and shops, spices trading house and the Jewish synagogue built in 1568, the oldest in the commonwealth. This inter, connected series of Islands & shoreline presents a vivacious blend of Cultures & Religions; Kochi is the only place in the country where you can see Portuguese Churches, a Jewish Synagogue, Hindu Temples, Dutch Architecture & Mosque nearly side by side.
Evening we attend the performance of the Kathakali, one of India’s most famous Classical dances. Overnight stay

Today visit to old spice market at Mattancherry, the antique shops on Jew’s street, and vis to Synagogue, The Dutch palace and of course St. Francis Church. Say good bye to this fascinating tour and departure transfer to airport to board the flight for onward destination