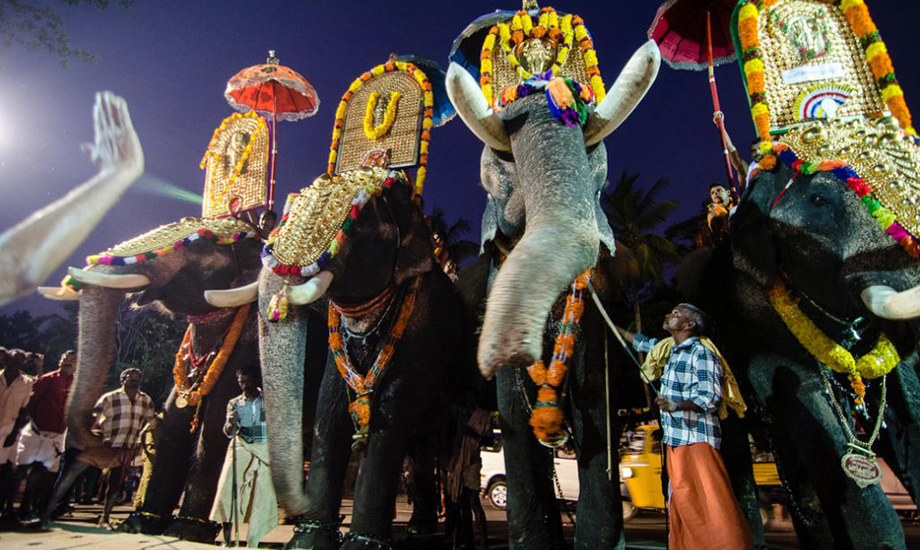 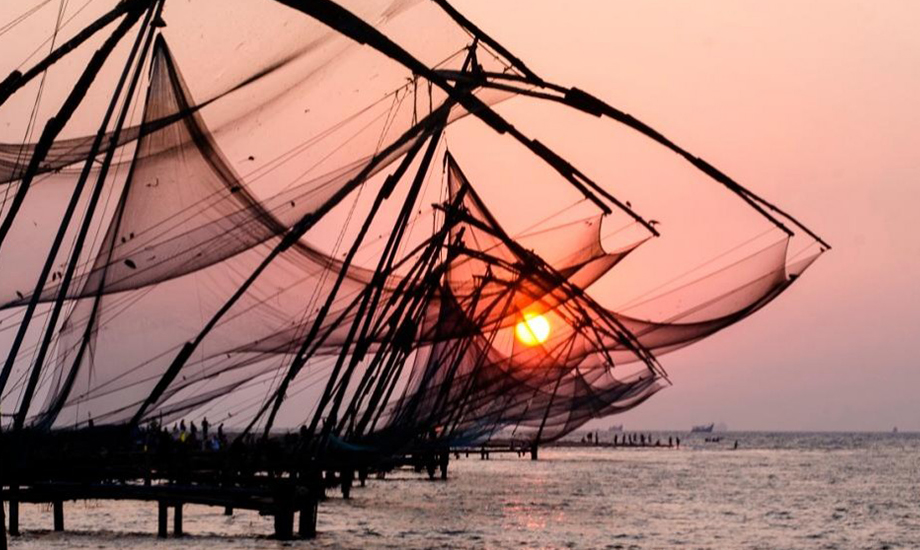 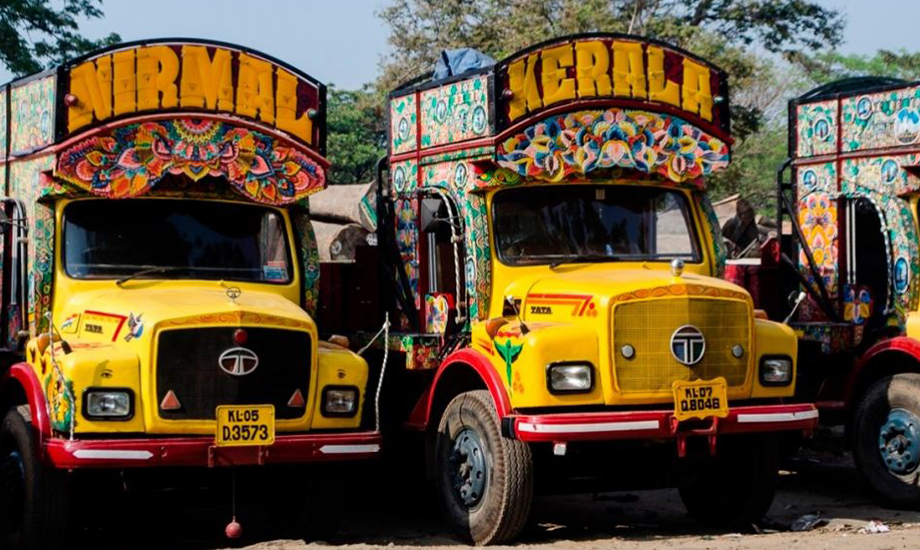 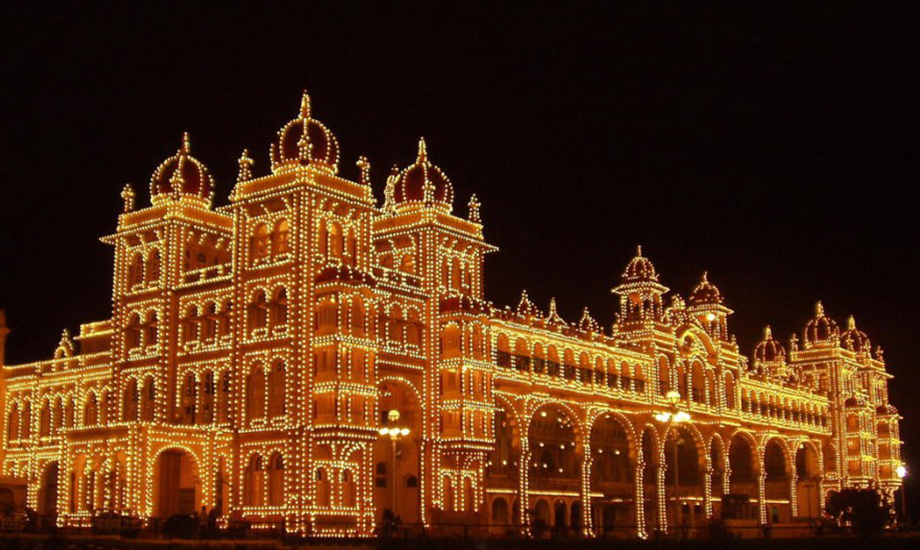 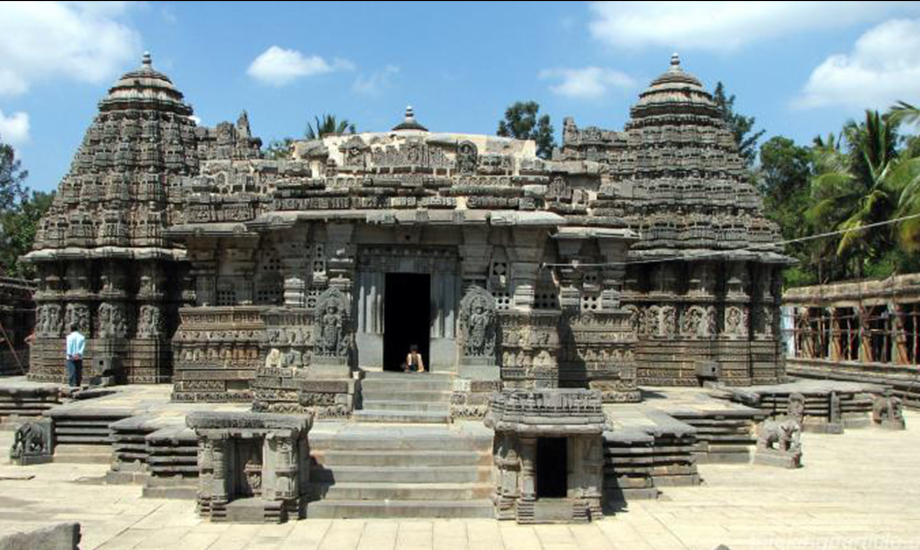 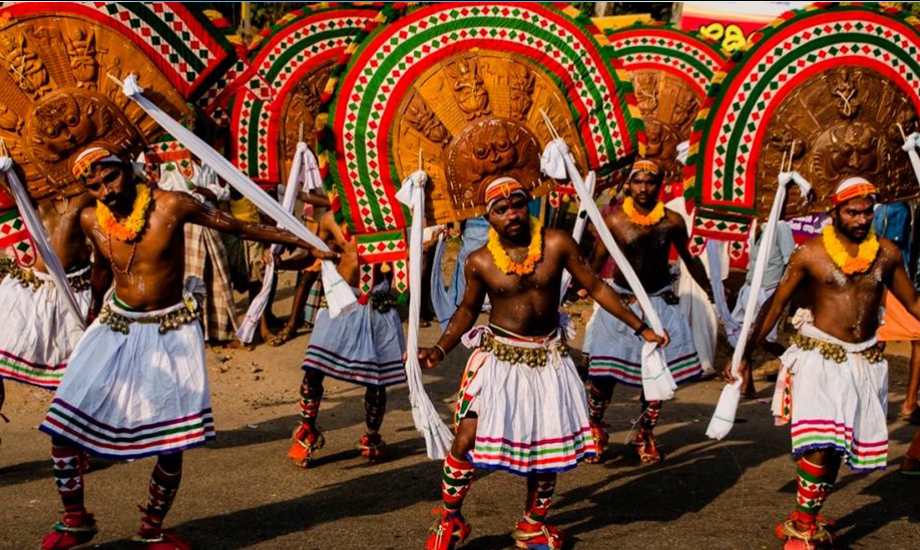 Hyderabad, the magnificent capital of the Nizams, opens the way to this fabulous and unexpected journey of discovery: the Indo-Muslim splendour of Andhra Pradesh, the radiant architecture of the temples and the Hindu palaces of Karnataka.

Masked ritual dances from Theyyam to Kannur, shimmering processions of elephants carved in Trissur or Pallakad mark the departures from November 2017 to March 2018. Between day 11 and 13, the circuit is slightly modified to make you participate in these colorful festivities in the best conditions.

After breakfast visit the legendary city of the Nizams and their fabulous riches: the bazaar with the Char Minar, majestic arc de triomphe; the Mecca MasjidMosque, one of the largest in the world, capable of accommodating 10,000 faithful; the modern Hindu temple of Birla Mandir. Not far away, Golconde, one of the most amazing fortresses in India. Discover DarwazaFath, the Victory Gate, mausoleums, houses and palaces. Overnight stay

After breakfast drive to Departure for Gulbarga en route visit to Bidar. This old city rarely appears on the classic tourist circuits. It still contains ruins and monuments dating back to the time when it was the capital of the Bahmani kingdom. Visit the Bidar Fort is an exemplary symbol of the Bahmani Dynasty built by Sultan Alla-Ud-Din Bahman. Constructed in Persian architectural style, the fort complex houses an old city comprising of plethora of monuments including Rangin Mahal, Gagan Mahal, Takhat Mahal etc. Also visit Narasimha Jhira Cave Temple -A famous cave temple popularly referred to as Jharani Narasimha Cave Temple is dedicated to self-manifested deity of Narasimha Dev. To worship the deity of the temple, devotees have to pass through the cave which comprise of a continuously flowing stream of water.The town is known for the handicrafts of the bidri, alloy inlaid with silver threads.Our drive continued to Gulbarga. Overnight stay

Gulbarga is a unique synthesis of two cultures. Afternoon start your tour in Gulbarga with the Fort built by Raja Gulchand and later strengthened by Ala – ud – din Bahmani, the fort has 15 towers and 26 guns, one of them measuring 25 feet in length. Inside the fort is the Jama Masjid fashioned on the lines of the great mosque of royal tombs. Later our drive continued to Bijapur nicknamed the Agra of the South.

After breakfast departure for Badami, a small town built at the foot of a crest of red sandstone. It was the ancient capital of the Chaluya Empire, from the 4th to the 7th century. At its peak, the territory was so vast that it extended from Tamil Nadu to Karnataka, all around Badami; the three main centers alone had 150 temples. The town is known for its famous rock temples, cut in the red rock from which you will have a view of the Agastyatirtha basin, dating from the 5thCentury.Walk in the old town of Badami, with old houses and wooden carved doors and discover the temples of Bhutanatha, built opposite the basin. Overnight stay

After breakfast departure to Hampi En route visit to nearly Pattadakal – a world heritage center, it has 10 major temples representing early chaluyan architecture, where coronations took place and where most of the temples were built between the 7th and 9th centuries. The Virupaksha, Mallikarjuna and join Temples are quite marvelous to behold included is a visit to Aihole where the Hindu temples architecture can be seen in its embryonic stage –50 temples within the fort wall and 50 outside. Overnight stay in Hospet.

After breakfast today explore the spectacular Vijaynagar ruins in the afternoon a visit to Hampi itself only 13 km away and one of the most fascinating historical sites in south India. The superb ruins are set in a strong and beautiful boulder-strewn landscape, which has an almost magical quality. One can still glimpse the splendor of Vijaynagar in its ruins where Hospet’s Virupaksha templerises majestically. The most splendid monuments of Hampi is, undoubtedly the Vithala temple complex memories of Hampi will stay with you always. Overnight stay

After breakfast drive to Hassan en route visit to Belur and Halebid. Belur - This quaint hamlets is 30 kms from Hassan-is located on the bank of the river Yagachi. It was once the capital of Hoysala Empire, Today unforgettable for its exquisite temples.  Halebid is 27 kms north-west of Hassan and 17 kms east of Belur. The temples of Halebid - like those of Belur - bear mute testimony to the rich, culture heritage of Karnataka, which dates back to 13th century during Hoysala Dynasty, and Hoysaleswara Temple at Halebid. Our drive continued to Hassan. Overnight say

After breakfast drive to Mysore en route visit at Sravanabelagola, a high place of Jainism, where you admire the immense monolithic statue of the sage Jain Gomteshwara our drive continuation to the ruins of Srirangapatnam the capital of Tipu Sultan in the 18th century. Overnight stay in Mysore.

After breakfast stroll on the hill of Chamundi wearing a very popular temple dedicated to the tutelary deity of the city. Stop before the imposing Nandi, bull mount Shiva. Visit the extravagant palace of the Maharaja.
Afternoon an excursion to the village of Somnathpur, where the magnificent Hoysala temple of Sri Channakeshara built in the 13thcentury, a true masterpiece of Indian medieval art,Evening back in town and strolling through the flower and vegetable market. Overnight stay

After breakfast drive to Kannur district is bounded by a wealth of natural beauty. The district itself, which shares much of this natural Splendour, has been a key contributor to the cultural, religious, political and industrial heritage of the State. In addition, Kannur also enjoys the credit of having been the cradle of many a colorful folk art and folk music of Kerala.

Drive to Thrissur or Palakkad where you will witness in the afternoon the magnificent processions of caparisoned elephants of Pooram who carry statues of the temples of the region on their gilded palanquins.

Morning celebration of the prestigious school of Kalamandalam, a venerable institution that teaches the traditional scenic arts of Kerala: you attend the classes of Kathakali, costume and sung drama, Kootiyattam, Mohiniyaattam, exclusively danced by women, and percussion,our drive continuation to Cochin. Overnight stay

Cochin– Capital oasis state of Kerala & on to the Malabar Coats & Kochi, one of the India’s most colorful cities, the Dutch palace built by the Portuguese in 1557 and renovated by the Dutch from 1663 with its beautiful murals and Jew town including the antique warehouses and shops, spices trading house and the Jewish synagogue built in 1568, the oldest in the commonwealth. This inter, connected series of Islands & shoreline presents a vivacious blend of Cultures & Religions; Kochi is the only place in the country where you can see Portuguese Churches, a Jewish Synagogue, Hindu Temples, Dutch Architecture & Mosque nearly side by side. Continue to the Mattanchery Palace, or "Dutch palace", which frescoes houses magnificent murals.Stroll through the typical narrow streets of the old town,Evening attend the performance of the Kathakali, costume drama, sang and danced, whose themes are taken from the great Indian epics,one of India’s most famous Classical dances. Overnight say