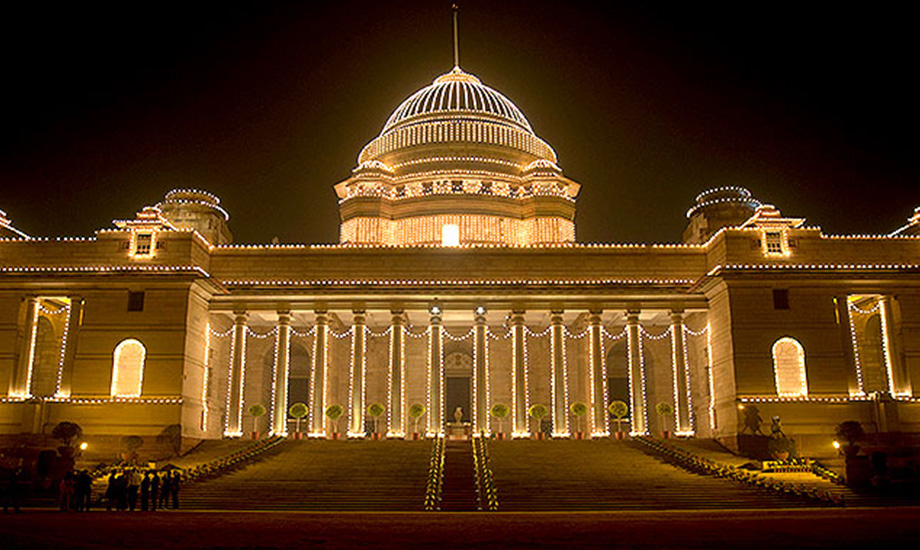 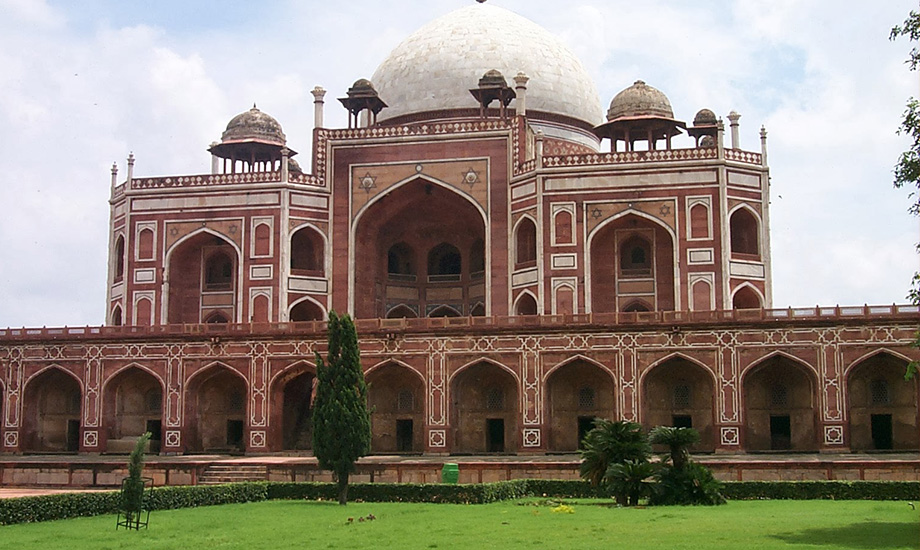 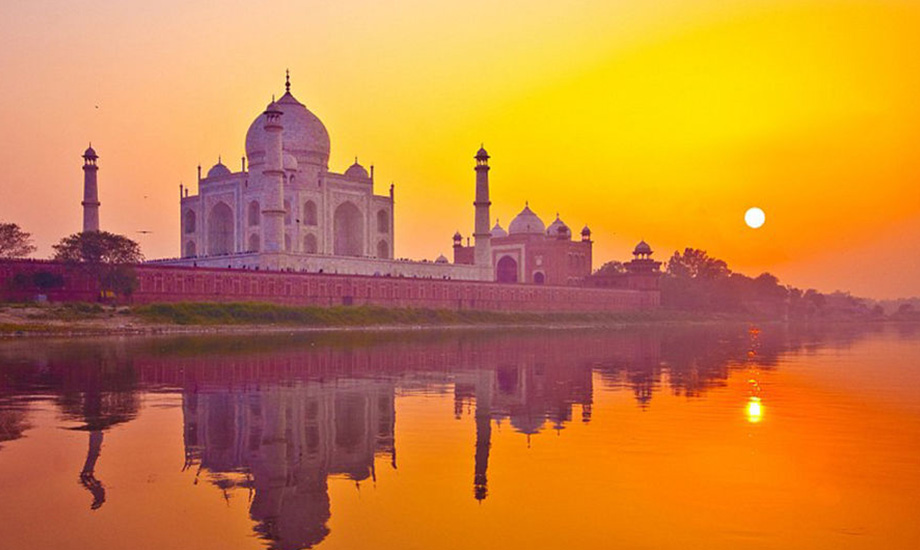 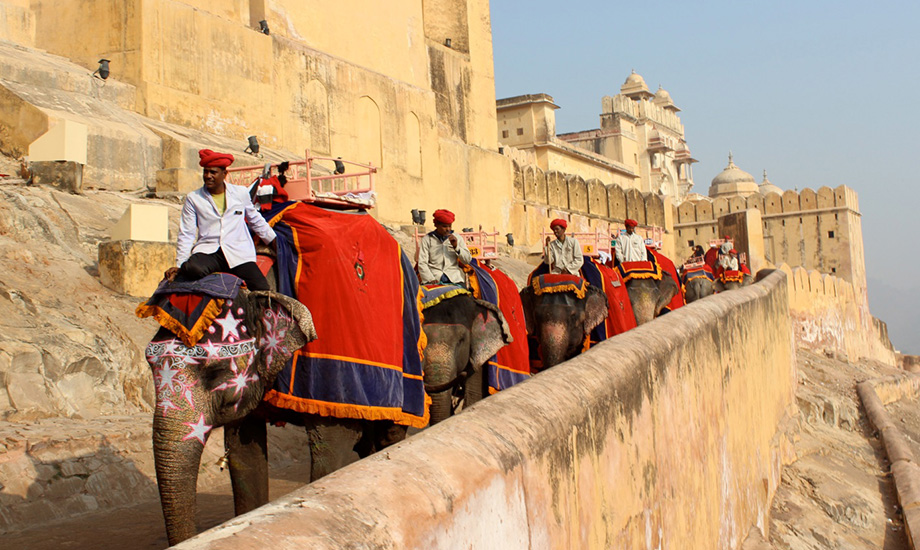 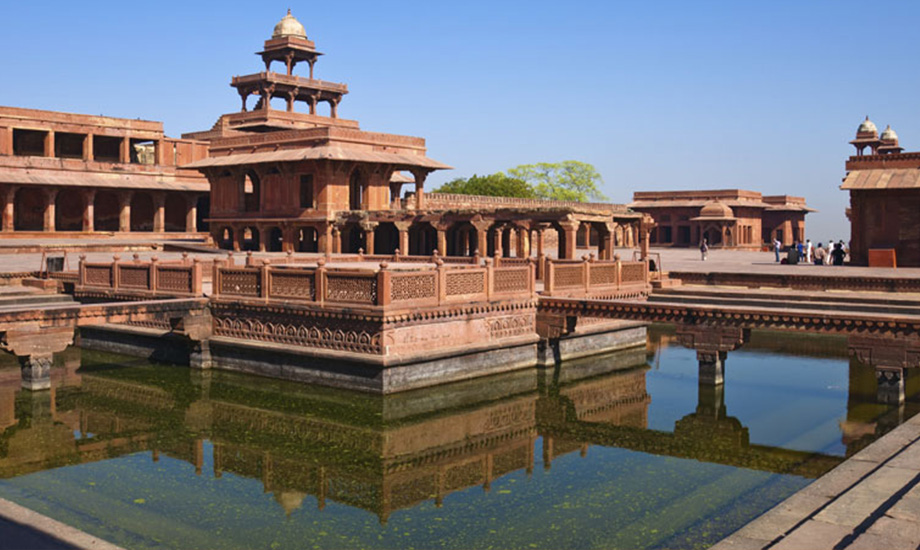 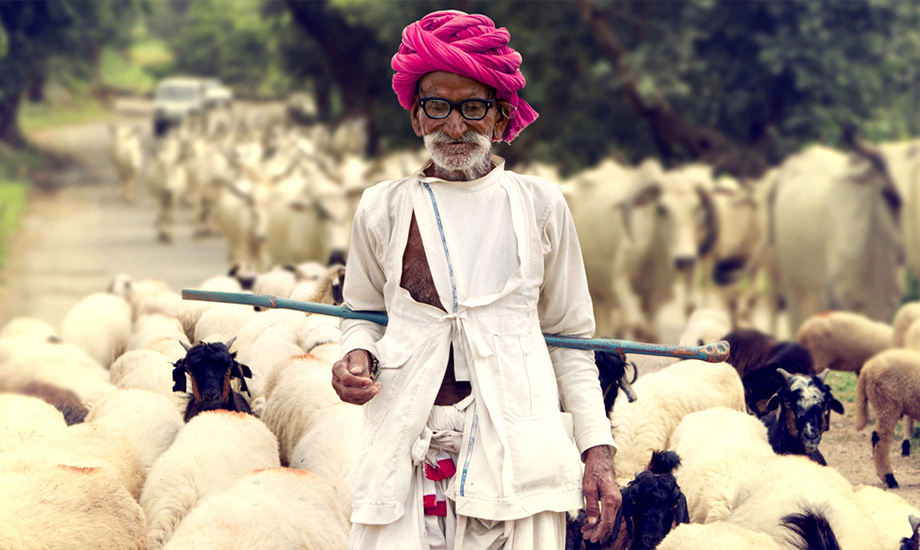 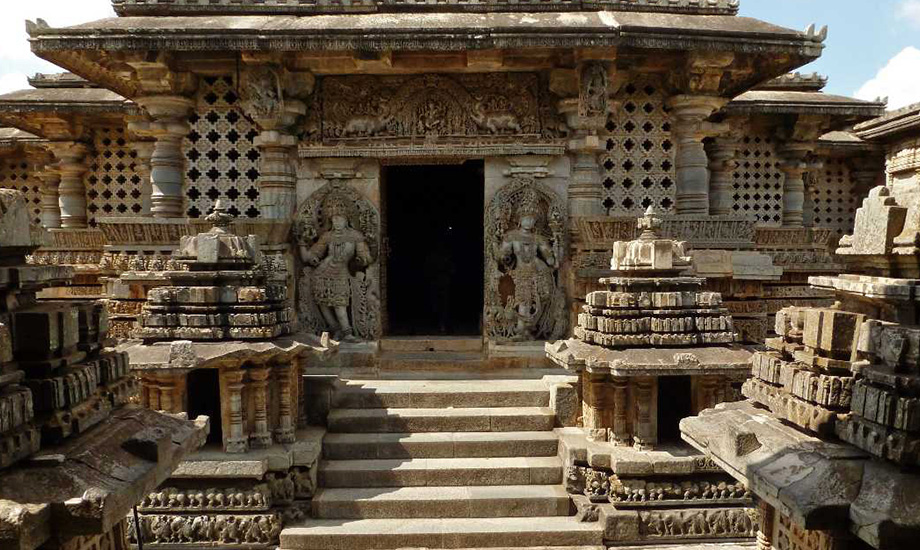 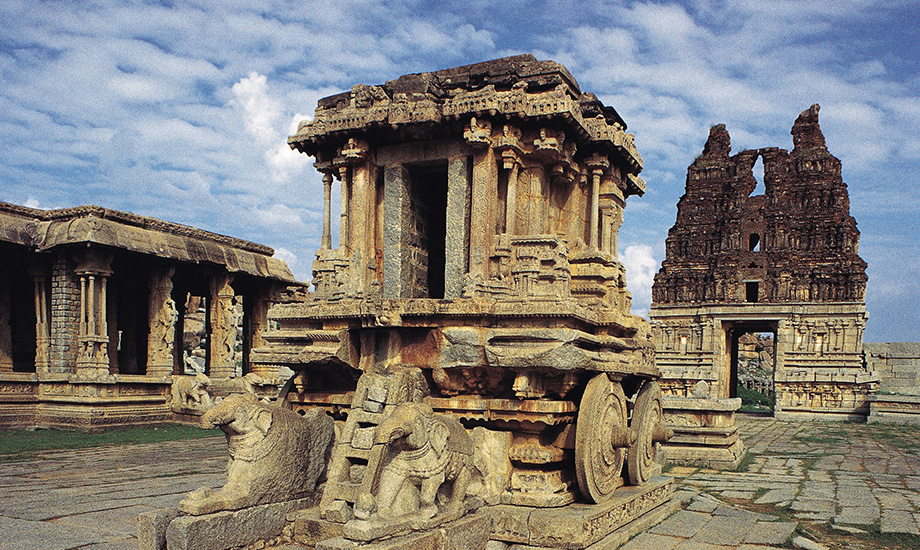 This Classical Journey offers you glimpses of North India. Delhi, Agra and Jaipur from the Cultural traditional, historical, country side route of India what is commonly called “Golden Triangle”. These cities offer the guest an insight into the multi-faceted face of India. From palaces and forts to small palatial mansions, there is something for everybody. The tour of course include visit at sunset to the magnificent Dreams of Taj Mahal. In Jaipur, Caparisoned Elephant ride up the Amber Fort relives the yester-years of the desert kingdom.

Karnataka represents nature at its very best. A visit to the state is sure to create a long lasting impression in your mind. Explore the absolutely wonderful places,

Delhi stands as the capital of Modern India. Here you can see the mingling of the Old and New India, the ancient and the modern. Delhi is made up of seven ancient cities, spanning the period from the 11th to 20th centuries. Delhi has seen the rise and fall of many Emperor, which have left behind a plethora of monuments that commemorate the grandeur and glory of bygone ages. Very few cities in the world can express such a profusion of architectural styles. Overnight stay at hotel.

Morning proceed on a tour of New Delhi was designed and built by the British in the 1920's - it's a city of wide boulevards impressive Government buildings, green parks and gardens. In 1911 King George V announced the transfer of the capital from Calcutta to Delhi. The King's architects, Lutyens and Baker, set in motion the Design and construction of Delhi's eight cities - New Delhi. Lutyens designed an"Imperial City" having palatial-sized buildings set amid broad tree-lined avenues punctuated by Mughal style gardens, complete with fountains and shallow pools. It took 20 years to complete this immense undertaking only to have the British pack up and relinquish the subcontinent in 1947.

You will visit the monuments from Delhi's past & known as two of the 26 World Heritage sites of India - Humayun’sTomb and Qutub Minar. Your drive takes you along the ceremonial avenue, past the imposing India Gate,Parliament HouseandRashtrapati Bhavan, the official residence of the Indian president.

Afternoon visit to Old Delhi - an ancient walled city, Mughal Emperor Shah Jehan in 1650 switched the Mughal capital from Agra to Delhi; We take rickshaw ride through the narrow streets of towardsChandni Chowk - which gives us an incredible and authentic insight into the real, everyday lives of the millions of people who live in the city, you will be immersed in real India - surrounded by people, sounds and smells as we squeeze past vegetable carts and impromptu market stalls, avoiding delivery men carrying boxes on their heads. We duck Under Neath Sari displays and ride through the fragrant steam of street-side food stands and restaurants.Here you will seeRed Fort, (Lal Qila)the most opulent Fort and Palace of the Mughal Empire. The fort is Shah Jehan's symbol of power and elegance, built behind red Sandstone walls. Its main gate(Lahore Gate)faces Chandni Chowk, the perpetually congested avenue heading west from the Red Fort, is filled with twisting lanes, small streets and crowded bazaars. If you peer through a portico you may see a man getting shaved, silver being weighed, or any other conceivable form of intense commerce. Overnight stay at hotel

Day 03 Delhi to Agra by Train

Morning we take south bound Gatimaan Express at 08.10 hrs arrive Agra at 09.50 hrs. you will be meet by our representative at station transfer to hotel. Agra - at the time of the Mughals, in the 16th & 17th centuries, Agra was the capital of the grand Mughal Empire. During this period the city became a leading centre of art, science, commerce and culture. Akbar the Great made Agra great. The city's origins are dim but Akbar's grandfather Babur is credited with Agra's founding.

Today visit toItmad-ud-Daulahbuilt by Empress Noor Jehan in the memory of Her Father.Evening take Horse cart (Tonga Ride) to the Magnificent Taj Mahal – The New 7 wonder of the world and Monument of Love in the warm glow of Sunset, which was built in 1630 by Mughal Emperor Shah Jahan as a tomb for his beloved wife Mumtaz Mahal. Construction of the Taj Mahal began in 1631, and is believed to have taken 18 years to complete, with over 20,000 craftsmen working around the clock. The design and construction is said to be that of the legendary architect, Ustad Ahamad Lahori. Legend has it that once construction was completed, what makes the Taj Mahal unique is its perfect proportions, distinctfemininity, medium of construction and ornamentation. Its marble exterior reflects rose and golden tints at sunrise and sunset, while it is dazzling white during the day. It is impossible to visualize the Taj Mahal in any surrounding others than its paradoxical garden. Paradise, in Islam, is visualized as a lush Garden where running streams flow. When the Mughal brought this concept to India they elevated it to heights of Incomparable artistry.

As you drive through the city witness the local life, Shopping and bazaars (markets) and the hustle bustle of everyday India. Overnight stay at hotel

After breakfast proceed to Jaipur. Through the Rajasthani countryside we see villages, woman dressed in the brilliantly colored saris of the region, Camels, Elephants, Bears & scenes of rural lives. On the way you will visit Fatehpur Sikri - the deserted red sandstone city that was built by Emperor Akbar as his capital. Ponder the mysterious desertion of this capital city that was dramatically abandoned a few years after it was built. It was a veritable fairy tale city and its 'ruins' are still in a pristine condition. It is not hard to imagine what the court life must have been like in the days of its grandeurof Shah Jehan, mastermind of the unforgatable Taj Mahal.

Our drive continues to Jaipur - once the capital of Rajasthanprovince, "the abode of rajahs." Everywhere you will see the monuments of its Rajput rulers. It has the distinction of being a well-planned and laid out city. As you drive through the old part of town, you will witness a life most unlike others. Witness how the city blooms during the day in a kaleidoscope of color and sound. Jaipur is one of the main centers for shopping in India especially with regard to textiles, Jewellery, stones carpets, etc,

Evening visit to Sanganer village situated of outskirt of Jaipur Look at the teeming Jain temple from the 17th century and visit the traditional wood block painting, tie and dye fabric, paper factory and blue pottery that make the reputation of the craftsmanship of the city rose. Overnight stay at hotel

After breakfast, Journey back in time at deserted 17th century fortress of Amber Fort. 11 Kms. from Jaipur, Amber Fort is a marvelous example of Rajput architecture with its terraces and ramparts reflected in the Maota Lake below. Go up the fort on the back of a gaily-caparisoned elephant true to the style of the Maharajas of the past. The interiors of the forthave various royal halls decorated with intricate ivory, mirror and glasswork complemented by exquisite wall paintings. As you move between the rooms of this magnificent structure you will feel the history and visualize the pomp and grandeur of a kingdom never conquered. Also stand front of Jal Mahal (water palace)

Afternoon venture back into the city tour: Visit the City Palace Museum where you can see an imposing blend of traditional Rajasthani and Mughal Art. The museum is resplendent with its collection of robes of royal princes, carpets, an armory of old weapons, miniature paintings portraying court scenes, battle scenes and processions, Also visit the awe inspiring Jantar Mantar (an accurate observatory built in 1726 AD). Also included is a photo visit at the Hawa Mahal (Palace of Winds) - a five storied wonder with a spectacular pyramidal facade and overhanging windows with latticed screens, domes and spires. Overnight stay at hotel

Morning flight for Bangalore arrive at Bangalore airport - meet & greet and transfer to hotel by air conditioned Vehicle. Bangalore is one of the most beautiful and well-planned cities of India. Afternoon enjoy a city tour of the "Garden City" including a visit to Lal Bagh Botanical Gardens, the Mysore Arts and Crafts Center, the bull temple, Vidhan Soudha and the colorful and bustling markets. Overnight stay.

Morning drive to Hassan which is 160 kms away from Bangalore en route visiting Belur & Halebid.

Belur - This quaint hamlets is 30 kms from Hassan-is located on the bank of the river Yagachi. It was once the capital of Hoysala Empire, Today unforgettable for its exquisite temples.

Halebid - is 27 kms north-west of Hassan and 17 kms east of Belur. The temples of Halebid - like those of Belur - bear mute testimony to the rich, culture heritage of Karnataka, which dates back to 13th century during Hoysala Dynasty, and Hoysaleshwara Temple at Halebid. Latter drive to Chikmagalur which 34 kms from Halebid. Our continued drive to Chikmagalur Overnight stay.

Chikmagalur is nestled in the Baba Budan Hills. Chikmagalur is a clam serene town full of scenic surprises … hills, valleys, streams and snow-white coffee blossoms. Chikmagalur district takes its name from the headquarters town of Chikmagalur, which literally means younger daughter's town. It is said to have been given as a dowry to the younger daughter of Rukmangada, the legendary chief of Sakrepatna. Another part of the town bestowed on the elder daughter is known as Hiremagalur. Certain ancient inscriptions reveal that these two places were originally known as Kiriya-magalu and Piriya-magalu. Chikmagalur is a trekker's delight, with its rugged mountain trails. Overnight at Chikmagalur.

Enjoy a morning drive to Mysore, en route stopping at Sravanabelagola 57 ft (17.5 meters) tall magnificent Monolithic and the statue of Gomateswara, of   an icon of the Jain religion greatly revered by the followers of Mahavira. Tonight in Mysore, view the illuminated City Palace.

Mysore is a beautiful city of stately palaces, gardens, parks and museums. Your tour of Mysore includes visits to City Palace, Chamundi Hill (where Nandi, a huge monolithic image of Shiva's Bull, is always garlanded with flowers and held in high esteem by Hindus), and the colorful and aromatic spice markets. Your afternoon is at leisure. This evening, enjoy the beautiful and exquisitely illuminated Vrindavan Gardens, which sprawl amid gorgeous cascading fountains.

After breakfast drive to Somnathpur 35 kms east is famous for its 13th century Hoysala Temple. The Temple is in excellent condition, has frescoed exteriors depicting episodes from the epics, Our drive continued to the ruins of Srirangapatnam (closed on Friday), capital of Tipu Sultan in the eighteenth century. In the afternoon, visit the extravagant maharaja palace and stroll through the flower and vegetable market. Overnight stay in Mysore