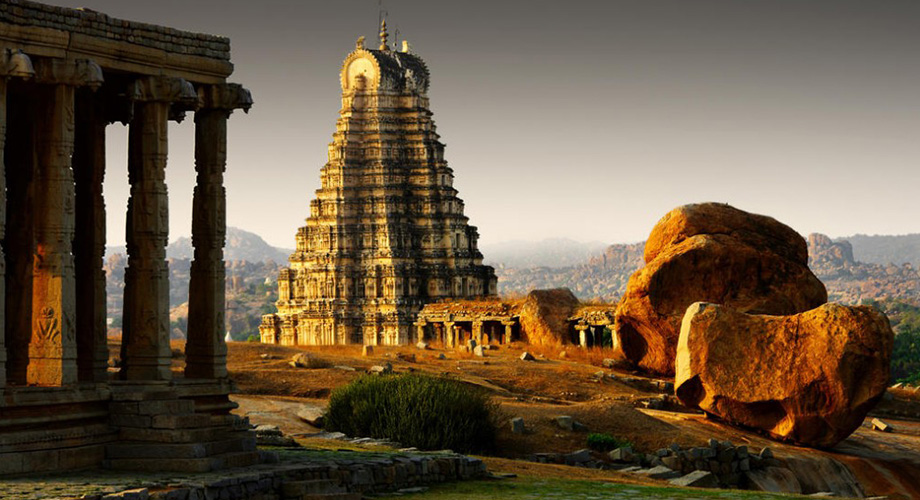 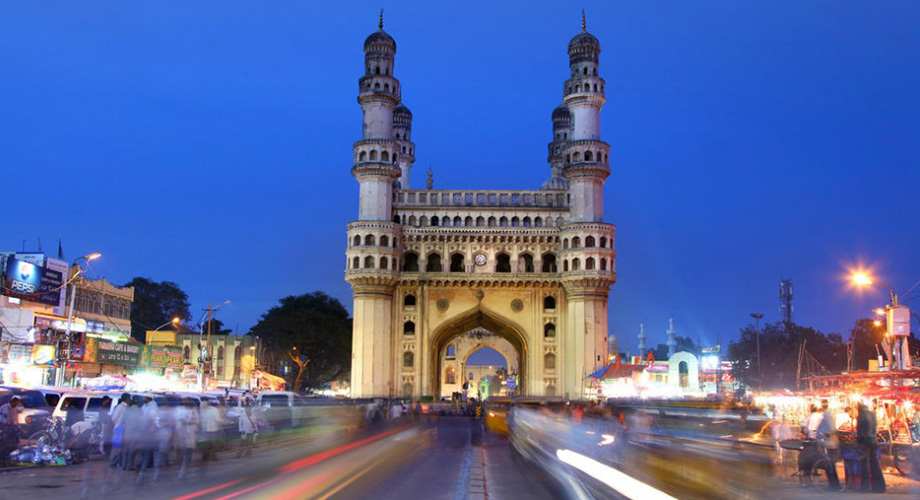 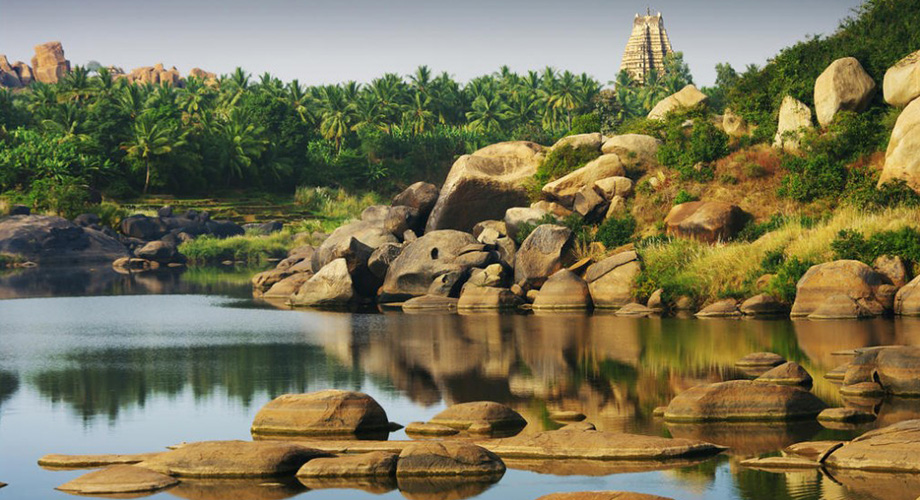 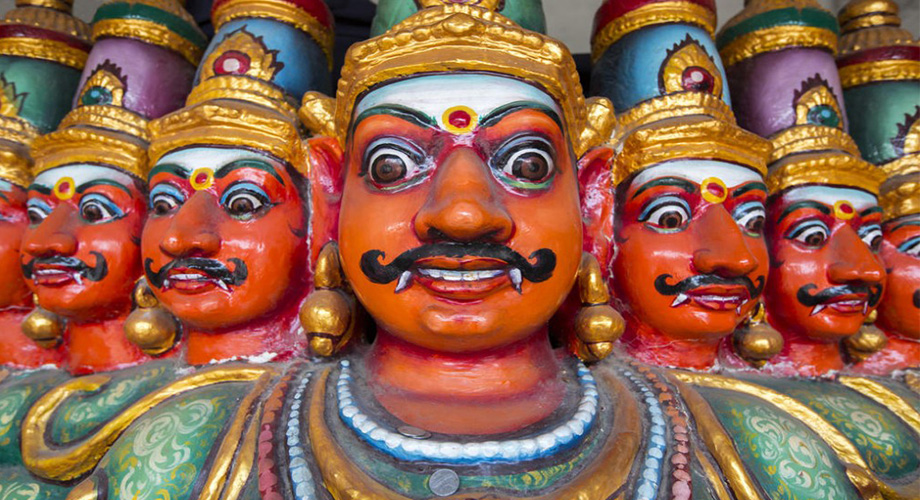 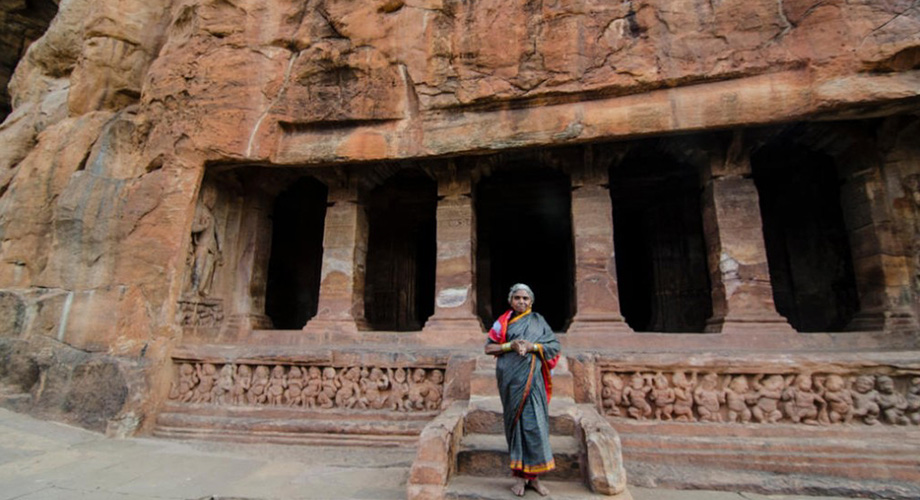 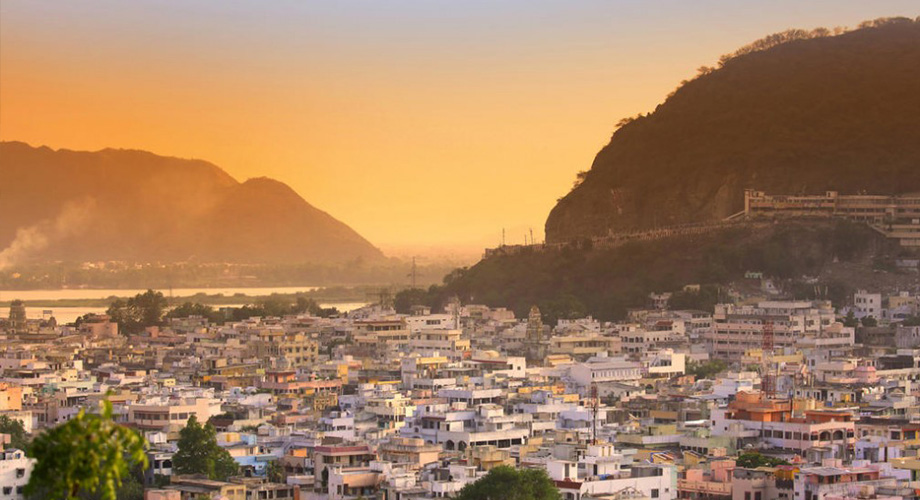 Hyderabad, the beautiful capital of the Nizams opens the ball of this trip that gives you fabulous and unexpected sites at the same time: Indo-Muslim splendours of Andhra Pradesh, radiant architecture of the temples and Hindu palaces of Karnataka. Visit to the UNESCO heritage sites of Hospet and Hampi, Simmering Goa beach are the attraction of this tours

Arrival Chennai, known as the Gateway to Southern India & is one of the oldest cities - maintaining many traditions. Welcome representetative of Recreation Travels and transfer to the hotel.

Today drive to Tirupati en route stop at Sri Kalahasti to visit the centre devoted to the art of the Kalamkari. Cotton plays previously soaked in a mixture of resin and milk, the reasons are applied, adorned with plants. These works were once intended to temples and to the Royal family. Discovery of the temple dedicated to Vayu, the God of the wind. Overnight stay

Amidst the thickly-wooded hills in Chittoor district lays the temple town of Tirumala with Tirupati at the foothills, the abode of Lord Venkateswara. The range of hills is said to resemble a snake with Tirumala forming the hood. Lord Venkateswara, the residing god, is known as ‘Lord of the Seven Hills’ and ‘Balaji’. Tirupati and Tirumala today are modern destinations of pilgrim tourists. Not only the bliss of a divine 'darshan' but added attractions provided by nature make them the ideal pilgrimage-cum-holiday destination. While Balaji remains the main draw, the beauties of nature and the serene surroundings have made Tirupati today a much visited town. A beautiful road leads up across the Seven Hills to Tirumala. Overnight stay

Today drive to Vijayawada is situated on the banks of river Krishna surrounded by hills. The 4014 feet Prakasam Barrage across the river has created a lake and its three irrigation canals flowing through the city add beauty to it. Formerly called Bezawada, there are a number of tourist spots having religious, archaeological and Historical importance. Most of the villages around have developed cottage industries in specialized items like toy making, cotton weaving, fabric printing, gold covering, fruits processing etc. Situated 270 Km from Hyderabad between river Krishna and its tributary Budameru, the city is spread over the rich coastal delta of Andhra Pradesh. Visit of the cave temples of Undavalli built in the 7th century which is home to a stunning statue of Vishnu lying

After breakfast drive to Nagarjuna Sagar one of the largest Buddhist centers of the India. The students came from across Asia in Nagarjuna University deepen their understanding of the teaching of the Buddha. And it is here that were discovered the earliest representations of the Buddha in human form. Visit of the monastery of Simala Vihara, and the temple of Chamta Sri Griha. On the site of Anupu, discovery of the grand theatre where is gave sacred dramas. About ten kilometers from the city, walk to the Ethipothala waterfalls located in a beautiful environment. Nestled in the most picturesque surroundings, this was the seat of the erstwhile Iksvaku Kingdom over seventeen hundred years ago. Overnight stay

After breakfast drive to Hyderabad, often called the gateway to the South, blends the north and south, blends the north and south Indian identities. Yet, from both it has developed a distinct personality of its own. Its language has melody, its riches were known throughout the world, and its style was envied by many. The past still lingers in its present making it a delightful city with a lot to offer: history, culture, entertainment, crafts and above all a great holiday. Overnight stay

Hyderabad – often called the gateway to the South Indian identities. Yet, from both it has developed a distinct personality of its own. Today city sightseeing of Charminar, Mecca Masjid, Jami Masjid, Sri Venkateswara Temple, Hussain Sagar, Golconda Fort and Qutab Shah Tombs. Overnight stay

Today drive to Gulbarga en route visit the old fort of Bidar 10th century. The city is known for the bidri, alloy inlaid with silver wire crafts. Bidar- a tiny district steeped in history. The fort, the cannons , palaces in ruins ,the magnificent tombs and the massive monuments , all combine to make a visit to the one-time capital of the Bahamani and barid Shahi dynasties truly memorable.

Our drive continued to Gulbarga – a Hindu city before the Muhammadan conquest, Gulbarga is a unique synthesis of two cultures. Afternoon start your tour in Gulbarga with the Fort built by Raja Gulchand and later strengthened by Ala – ud – din Bahmani, the fort has 15 towers and 26 guns, one of them measuring 25 feet in length. Inside the fort is the Jumma Masjid fashioned on the lines of the great mosque of royal tombs. The most important monument in Gulbarga is probably the Khwaja Bande Nawaz Dargah. The tomb of the great Sufi Saint, Khwaja Syed Mohammad Gesuy Daraz, This magnificent building in the Indo-Saracenic style is the venue of an annual urus, attended by nearly one hundred thousand people, both Muslims and Hindus.

After breakfast drive to Bijapur – think of Bijapur and the first thing that comes to mind is the Gol Gumbaz the tomb of Mohammed Adil Shah. Gol Gumbaz boasts of the second largest dome in the world. 44 meters in diameter, this dome forms a highly sensitive echo chamber. On the western outskirts of the city lies the mausoleum of Ibrahim Adil Shah II – Ibrahim Roza, said to have inspired the Taj Mahal in Agra. Embracing 1, 16,300 square feet is the Jumma Masjid – one of the finest mosques in India. Here in a beautiful mihrab – covered by a heavy curtain are verses of the Quran, beautifully inscribed in letters of gold. Malik-e-Maidan the largest medieval cannon in the world – is fourteen feet long, weighing about 55 tons. Afzal Khan’s Cenotaph, the Amin Durgah, The Jod Gumbaz

After breakfast a scenic journey by road from Bijapur to Badami set in beautiful countryside’s of the four of a red sandstone ridge the small rural town of Badami was once the capital of the Chalakyan Empire which covered much of central Deccan between the 4th and 8th centuries. En route visit to nearly Pattadakal – a world heritage center, it has 10 major temples representing early chaluyan architecture, where coronations took place and where most of the temples were built between the 7th and 9th centuries. The Virupaksha, Mallikarjuna and join Temples are quite marvelous to behold included is a visit to Aihole where the Hindu temples architecture can be seen in its embryonic stage –50 temples within the fort wall and 50 outside. Arrive Badami & transferred to hotel.

Morning sightseeing of Badami – Rock-cut cave temples, Gateways, Forts, inscriptions, Sculptures that seem to come alive under your eyes…. Badami has to be seen to be believed. Climb a flight of steps to reach the ancient caves – all hewn out o sand stone on the precipice of a hill. Three are four caves here. The first three belong to the Vedic faith and the fourth cave is the only Jain Temple in Badami. The first cave temple – past Shiva’s door Keepers – and there he is the eighteen-armed Nataraja striking 81 dance poses. The largest and most ornamental is the third Cave temple dedicated to Vishnu. Here are some splendid carvings of the Hindu Pantheon, Narasimha – the half man and half lion avatar of Vishnu, Hari Hara, the composite god who is half Shiva a half – Vishnu. Later drive to Hampi overnight stay

Revisit Hampi – the 14th century capital city of the Vijayanagar Empire lies in the Deccan Heartland, in the state of Karnataka. The ruins spread over an area of more than 26 sq. kms. Protected by the tempestuous rive Tungabhadra in the north and by rocky granite ridges on the other three sides. A terrain such as this was excellent for a capital city that needed to be vigilant and spend a further day in the heart of the lost empire. Explore Hampi at your own pace. Its monuments- like its centuries- old patience & wisdom- most are savored bit by bit. Overnight stay at Hospet

Hospet and check in hotel, stay for two nights. Your base to explore the spectacular Vijaynagar ruins in the afternoon a visit to Hampi itself only 13 km away and one of the most fascinating historical sites in south India. The superb ruins are set in a strong and beautiful boulder-strewn landscape, which has an almost magical quality. One can still glimpse the splendor of Vijaynagar in its ruins where Hospet’s Virupaksha temple rises majestically. The most splendid monuments of Hampi is, undoubtedly the Vithala temple complex memories of Hampi will stay with you always

Early Morning transfer to station to board the train for Goa this train reach Goa in the afternoon upon arrival check in for rest and relaxed at beach side resort. Overnight stay